Quote of the Day: The Right Stuff 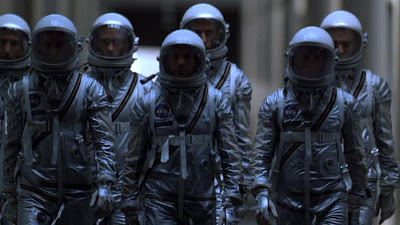 Perhaps the greatest space-themed film of all time was 1983’s The Right Stuff. This film is based on Tom Wolfe’s 1979 literary opus of the same name (which is highly recommended reading from This Space Available’s HQ ensconced somewhere near Cape Canaveral, FL).

The very best quote from this film is from a scene where John Glenn (played by Ed Harris, who freakishly resembles the younger version of Glenn, who was the first American to orbit the Earth) confronts the rest of the Mercury Seven astronauts about partying with space groupies. The Alan Shepard character, true to “Ice Commander” form, tells Glenn to basically shut up and mind his business. Then the following hilarious transaction takes place:

Scott Carpenter: John’s right! Now, whether we like it or not, we’re public figures. Whether we deserve it or not, people are going to look up to us. We have got a tremendous responsibility here.
Alan Shepard: You cannot tell a pilot what he’s doing when he’s not flying!
[Argument continues]
Gus Grissom: Wait a minute, wait a minute!
[turns Glenn toward him]
Gus Grissom: You’ve got it all wrong, the issue here ain’t pussy. The issue here is monkey.
John Glenn: What?

Turns out the boys are just freaking out over the very real fact that NASA is more focused on sending monkeys into space versus human beings. Eventually in 1961, NASA got the hint and sent their first real pilot up for a 15 minute sub-orbital jump. They picked the Ice Commander himself, Alan Shepard, for this particular first in American space history.