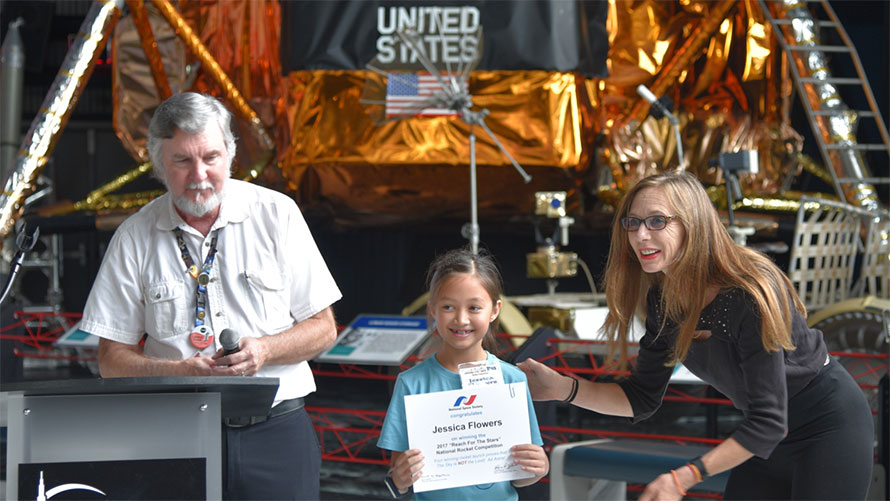 The Reach for the Stars National Rocket Competition, which is affiliated with the National Space Society and Enterprise in Space Educational program, was on display at the American Institute of Aeronautics and Astronautics (AIAA) Foundation Event “Generation STEM: Discovering Aerospace through Experience.” The event was held in conjunction with AIAA’s 2018 Space Forum and Regional Leadership Conference.

Held at the prestigious Hyatt Regency in Orlando, Florida, the students were treated in style, right down to a catered lunch of gourmet pizza, salad and freshly baked cookies. Guest speaker, Sarah Hiza, Ph.D. from Lockheed Martin spoke directly to the group. She shared that being excited about science when she was their age led to a career that she loved. Dr. Hiza told stories about the experiences and opportunities that her job provided.

The students were captivated by Dr. Hiza’s slide show which featured images of laboratories, satellites and rockets. One of the photos of a rocket launching prompted a student to ask what propellant was used. When she responded, “solid-fuel” the students responded with an audible “ooh!” and we smiled. The small rockets that the kids build and launch in the Reach for the Stars National Rocket Competition use a solid-fuel powered engine. 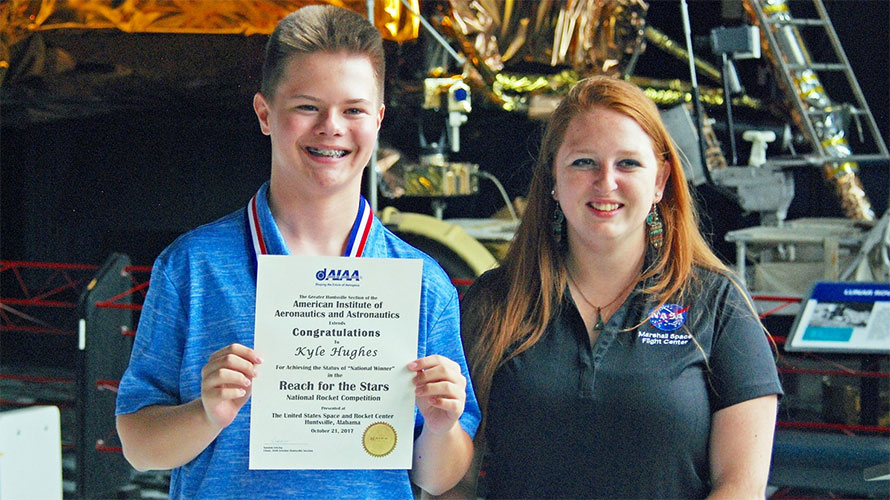 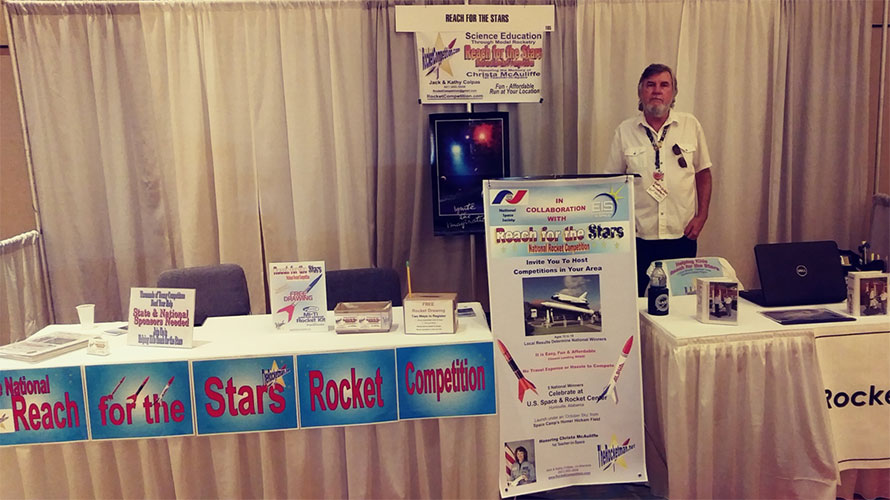 Reach for the Stars National Rocket Competition on display at the AIAA Generation STEM Conference.