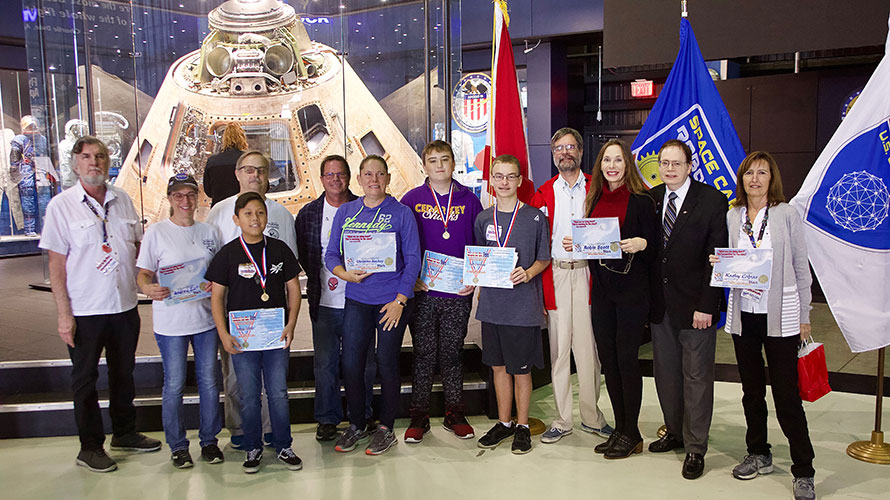 Contestants (ages 10 to 18) in the 13th annual Reach for the Stars ~ National Rocket Competition (www.RocketCompetition.com) built and launched their own solid-fuel powered rocket at an event held in their area. Over 2,000 kids were involved in local competitions held by schools, scout troops, youth centers, museums, and rocket clubs across the country in this year long event.

The national winners celebrated at Space Camp / U.S. Space & Rocket Center in Rocket City, Huntsville, Alabama. The winners were presented a Space Shuttle Challenger commemorative medal with certificate signed by Astronaut Jon McBride. Captain McBride piloted the Challenger on her early missions. As part of the celebration the winners got to launch their rockets from Homer Hickam Launch Pad under an “October Sky”. Homer Hickam is a retired NASA engineer and author (Rocket Boys / October Sky) and is a strong supporter of the Reach For The Stars ~ National Rocket Competition.

Representing the National Space Society were Ronnie Lajoie, Chair of the NSS Membership Committee, and Robin Scott, HAL5 (NSS Huntsville Chapter). They presented the winners and their teachers with certificates of achievement and an honorary membership. 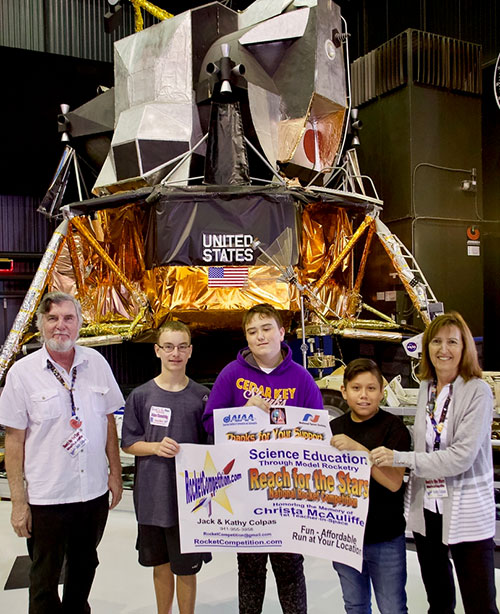