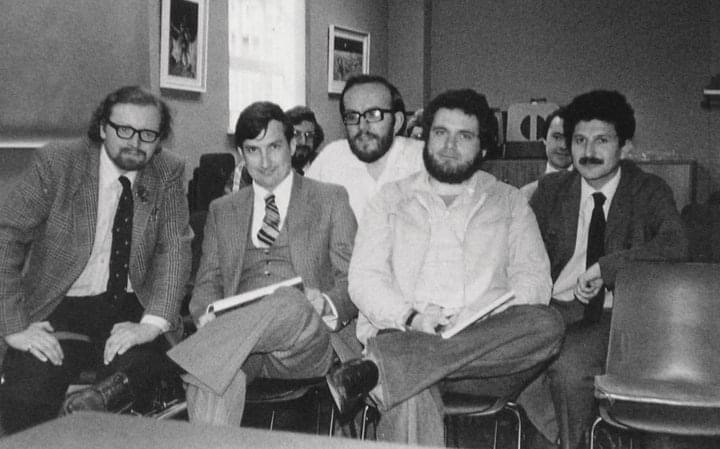 Who are giants? They aren’t always those who fly in space; some happen to write about space. Some spaceflight books occupy a permanent space on bookshelves, and 1988’s The Soviet Manned Space Programme (published by Salamander in the United Kingdom, and by Crown in the United States) – written by the late British Interplanetary Society (BIS) space historian Phillip Clark – is one of those volumes. While some of its text is superseded by more recent discoveries about Soviet/Russian space programs, it still remains relevant, readable, and exciting; beautifully illustrated and chock-full of photographs and orbital parameters, it allowed Westerners to learn about what “the other side” was doing years before social media and email existed.

For decades, the domains of Soviet and Chinese spaceflight were only topics of gossip and speculation. One of the original Soviet space sleuths, Clark – who died in late 2020 – began his career with BIS in April 1968 as a member, and in early 1980 began attending the society’s regular meetings. His brushes with space historian Geoff Perry allowed him to learn more about the era’s Soviet robotic programs, and by 1981 the seeds for Space Programme were sown as more and more information about the country’s spacecraft was being discovered by (and/or “leaked” to) Westerners. The book was written over a period of two years while Clark worked as a software engineer by day. By 1988, the book hit stores, and has been a mainstay in space enthusiasts’ research arsenals ever since. Clark had no awareness in recent years that his book had developed such a popular following, until this author alerted him. While Space Programme is now out of print, affordable copies can still be found on Amazon, and other used book websites; you should read it.

Clark also published a wealth of papers concerning Soviet and Chinese spaceflight, edited the 1997 – 1998 edition of Jane’s Space Directory – in his words, “unwieldy for a single person to do, at least for me” (note: these directories were VERY large) – and shortly before his death, was working on a volume discussing Chinese programs more at length. In 2018, he related to this author, “I am now sticking mainly to photo-reconnaissance and related programmes for the Russians, but I still do some analysis of the human programme.” While the status of his book about Chinese spaceflight is unknown, Clark was a regular fixture at annual BIS forums from 1980 through 2019.

A bear of a man, Clark often wore a trademark floppy hat, and loved the music of the band Cream. Against more staid, austere members of the space history crowd during the 1980s, he cut a distinctive figure in the industry; a Radio Times interview dated May 18, 1988 quoted him as saying with typical drollness that he’d like to visit space, “but I’m so big there wouldn’t be room for anyone else.” He also discussed the honor of being a cosmonaut, based on his interactions with some of them: “Those who complete missions are made heroes.”

Clark, who this author credits with spurring her interest in spaceflight writing and historiography way back in 1988, should be recognized as one of those heroes, as well. He will be missed.

Featured Photo Credit: A gathering of BIS speakers, circa 1981. Phillip Clark is pictured at left (in horn-rimmed glasses). Rex Hall is in front, with beard. Retrieved from Clark/BIS