Review: For All Mankind Paints an Alternate Apollo with Vivid Brush Strokes 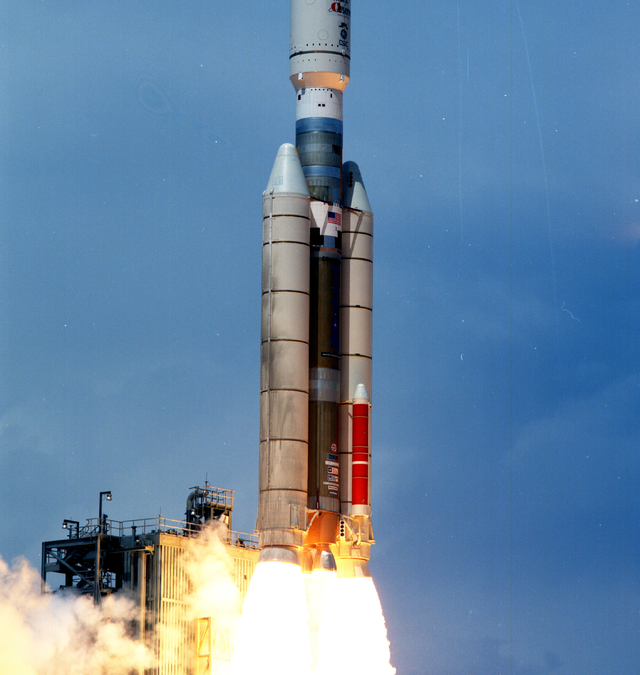 This summer, Quest magazine – the premier spaceflight history magazine – published an issue filled with “What Ifs” by prominent space history authors, each proposing a world where something – from seemingly infinitesimal changes to large diversions – changed the trajectory of the Apollo program and/or Apollo 11, which celebrated a 50th anniversary this past July. The new series For All Mankind (available on Apple TV+ and created by Ronald D. Moore, who has worked on Star Trek and created the re-imagined Battlestar Galactica) is almost made for those who snapped up that special issue, or for those who enjoy the alternate space history visions offered by Gerald Brennan (whose latest, Island of Clouds, captured an alternately incredible and nightmarish journey to Venus under the auspices of the Apollo Applications Program). It’s fun, it’s heartbreaking, and it’s downright realistic, which will undoubtedly satisfy the hardcore (read: nitpicking) space history buffs. Note: this review contains some spoilers.

The series opens introducing us to the first Soviet Moon landing, which beats Apollo 11 to the lunar surface by a matter of traumatizing weeks. The show’s main protagonist, Apollo 10 astronaut Edward Baldwin (played by actor Joel Kinnaman) – who seems like a quasi-Dave Scott with his military bearing and chiseled cheekbones – blames himself for not taking 10’s LM to the Moon’s surface, and initially suffers greatly for letting his opinions about NASA’s defeat reach the ears of a pouncing journalist. However, while Baldwin is soon restored to flight status, his future Apollo 15 crew comes with a twist.

As the Soviets have already landed a woman on the Moon, then-President Nixon decides (and then un-decides, but I won’t try to add too many spoilers) women astronauts are a priority. Lo and behold, recent astronaut corps addition, Mercury 13 pilot Molly Cobb (played marvelously by Sonya Walger), with her messy hair, no lipstick, and “devil may care” attitude is made the crew’s LM pilot. Will she mess up and “screw the pooch”? The political implications of women astronauts in the early 1970s – including the understandable concerns that one may die in space – are explored realistically and tastefully in For All Mankind.

Cobb not only succeeds, but she makes a discovery on the lunar surface that changes the entire game – and makes military lunar bases on the Moon possible. The idea of lunar bases is grounded in real investigations (this article by Dwayne Day in The Space Review discusses them), and soon, NASA establishes its own “Jamestown” – which suspiciously looks and feels like a Moon Skylab, complete with what looks like a “sunshade” and grainy onboard film of its crew eating at a “wardroom” table – but at what turns out to be a horrible price. A subsequent launch accident leaves the space agency reeling, and brings into sharp relief how sweeping advancements for women and other marginalized groups can’t save some from being “investigated” simply for living their lives – not a surprising caveat, given the time period.

What this viewer enjoys most about this series is the accuracy of its file footage, and the aforementioned plausibility of the plot. In the latest episode, “Home Again,” resupply ships must keep Jamestown in stock as the launchpad accident is investigated. A Titan III variant is briefly shown launching from Cape Canaveral Air Force Station, signifying America’s entry into space logistics. While this Titan looked more advanced than the ones being flown during, say, 1974, perhaps this was for dramatic effect. Eagle-eyed Space Hipsters wanted to know more about this Titan launch; the group’s Ronald Purviance identified the vehicle as a Commercial Titan III CT-4, perhaps used for the 1992 Mars Observer launch. He incisively added, “I liked that this was actually a later Titan III launch. It shows how technology has changed in that history. Things were advancing faster than what we had.”

In conclusion, For All Mankind presents a version of human spaceflight history that didn’t just stop between Apollo, its offshoots, and Shuttle, and that attempted to address (despite many bumps and bruises) a more diverse workforce during that period. This writer will be interested to see how the 1970s continue to unfold.

For All Mankind debuts new episodes each Friday on Apple TV+.