Selections From The Book of Cernan, Part 1 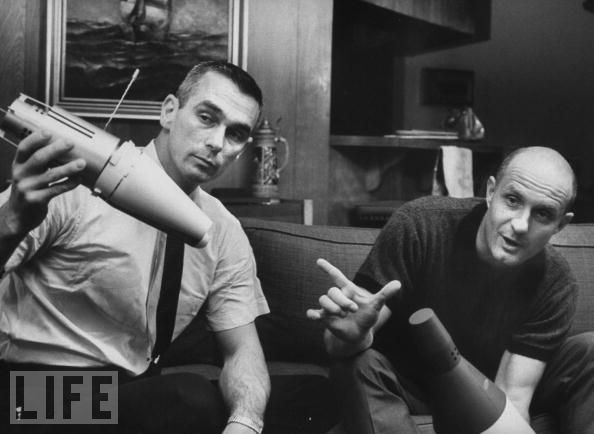 “This docking adapter is a sonofabitch. F–k it.” Gene Cernan and Tom Stafford, cuss word architects, 1966.
So I’m currently avoiding writing about the NASA Social, because it was so awesome I can’t even begin to wrap my head around it. Instead, here are some Selections from The Book of Cernan, aka The Last Man on the Moon by Eugene Cernan and Don Davis. Here are some of my favorite excerpts:
Tom Stafford, aka “Mumbles,” discussing Cernan’s helicopter crash, page 263:

“‘You dumb f–king shit, what the hell did you do? I’m out here trying to make sure you command Seventeen, and you just may have f–ked it all up.’ For a slow-talking Oklahoman, Stafford sure had a way with words. I had somehow managed to cheat death and he was making me feel guilty for ruining his day.”

“No mercy. Stu Roosa and Charlie Duke killed a six-foot-long rattlesnake on the track behind the simulator building at the Cape, cut off its head and planned a major league gotcha…

Just as I reached for the telephone, I caught sight of the curled, scaly monster and my f–king heart stopped. I came out of the chair like I had a rocket up my butt, and slammed flat against the wall clear on the other side of the room, staring wildly at that big damned snake. Sonofabitch!”

More to come, because this book is absolutely hilarious. 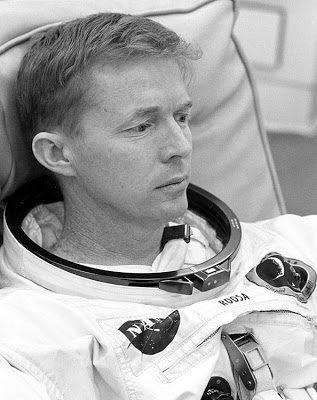