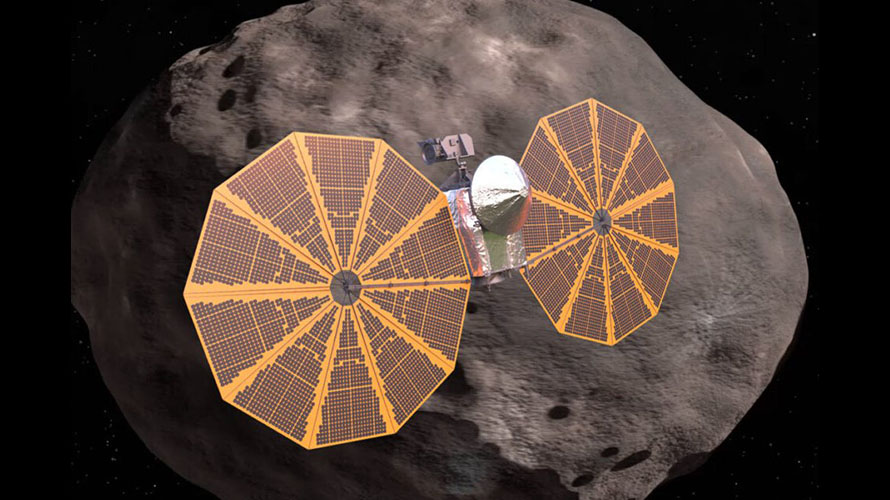 You can’t develop or settle that which is not yet explored, so there is a synergistic relationship between planetary probes, especially missions to the Moon, asteroids, and Mars, and future space development and settlement. Of course, in the longer term the entire solar system is a destination for settlement, but focusing on the Moon, the asteroids, and Mars in 2021 seems appropriate.  Let’s review the year by mission target.

The Moon was not a popular destination in 2021. The only notable mission activity was the Chinese “Chang’e 5”, the orbiter component of which was captured by the Sun-Earth L1 point on March 15th, 2021, becoming the first Chinese spacecraft to do so.  The purpose of the extended mission appears to be on-going testing of maneuvering capability, since a lunar flyby was conducted on September 9th, 2021.

The main purpose of the “Chang’e 5” mission was the sample return accomplished in 2020, and it was reported in 2021 that initial analysis of those samples showed them to be about 1.96 billion years old. These “young” lunar samples fill an important data gap that will advance lunar research.

2022 promises to be a much more exciting lunar year.  Among the more significant missions planned are:

Incredibly, this is only a partial list of planned 2022 missions.  If only half of them succeed, 2022 has the potential to be the busiest year ever for robotic lunar exploration and development.

The Perseverance mission held special importance from a space development perspective.  The Ingenuity helicopter—the first powered flight on a planet other than Earth—will surely lead to capabilities that will prove useful in the development and settlement of Mars. Additionally, Perseverance carries MOXIE (Mars Oxygen In-Situ Resource Utilization Experiment), an experiment that will extract oxygen from the Martian atmosphere, making it the first ever demonstration of the potential of ISRU (In-situ Resource Utilization).

Looking ahead to 2022, only two new probes to Mars are in queue:

At one point, Elon Musk was talking about a Starship/Superheavy launch to Mars in the Q3 2022 launch window, but this is now out of reach as the major goal for Starship/Superheavy is to make orbit in 2022.  The Q4 2024 Mars window is still a possibility, so stay tuned.

Another exciting NASA asteroid mission, Psyche, is planned for an August 2022 launch on a Falcon Heavy, with an expected encounter with the metal-rich asteroid Psyche in 2026.

2021 was a great year for asteroid exploration and planetary defense, setting the foundation for an actual asteroid deflection test in 2022 and years of discoveries from the Lucy mission.

In summary, during 2021 robot probes made significant advances that will support space development and settlement, but 2022 looms as even more exciting, especially with regard to lunar and asteroid missions.