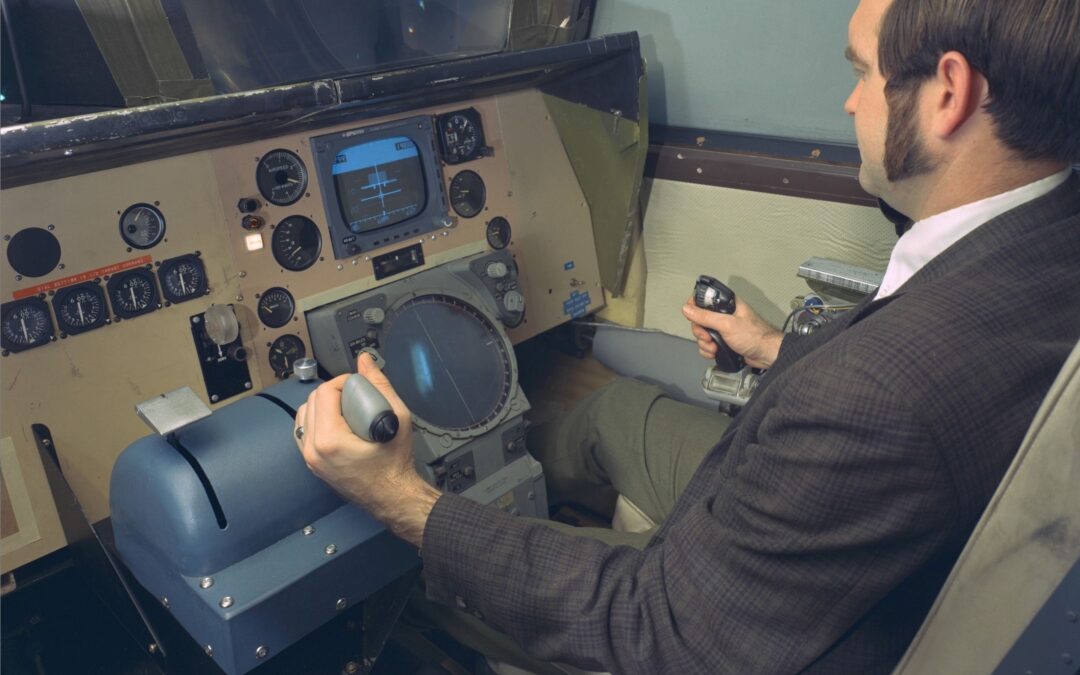 Columbia didn’t fly until April 1981, but NASA began envisioning the Space Shuttle as early as 1969, while its astronauts and engineers were still busy perfecting landing on the Moon. A sweep of 1970s NASA images reveals treasures chronicling the early development of the program, which required the agency’s centers and workforce to devise new approaches in testing a vehicle that functioned as part rocket, part cargo ship, part science lab, and part airplane.

Here is a small selection of NASA images that capture these heady times; two of the photos are from the author’s collection, and are from a recent visit to Space Center Houston. 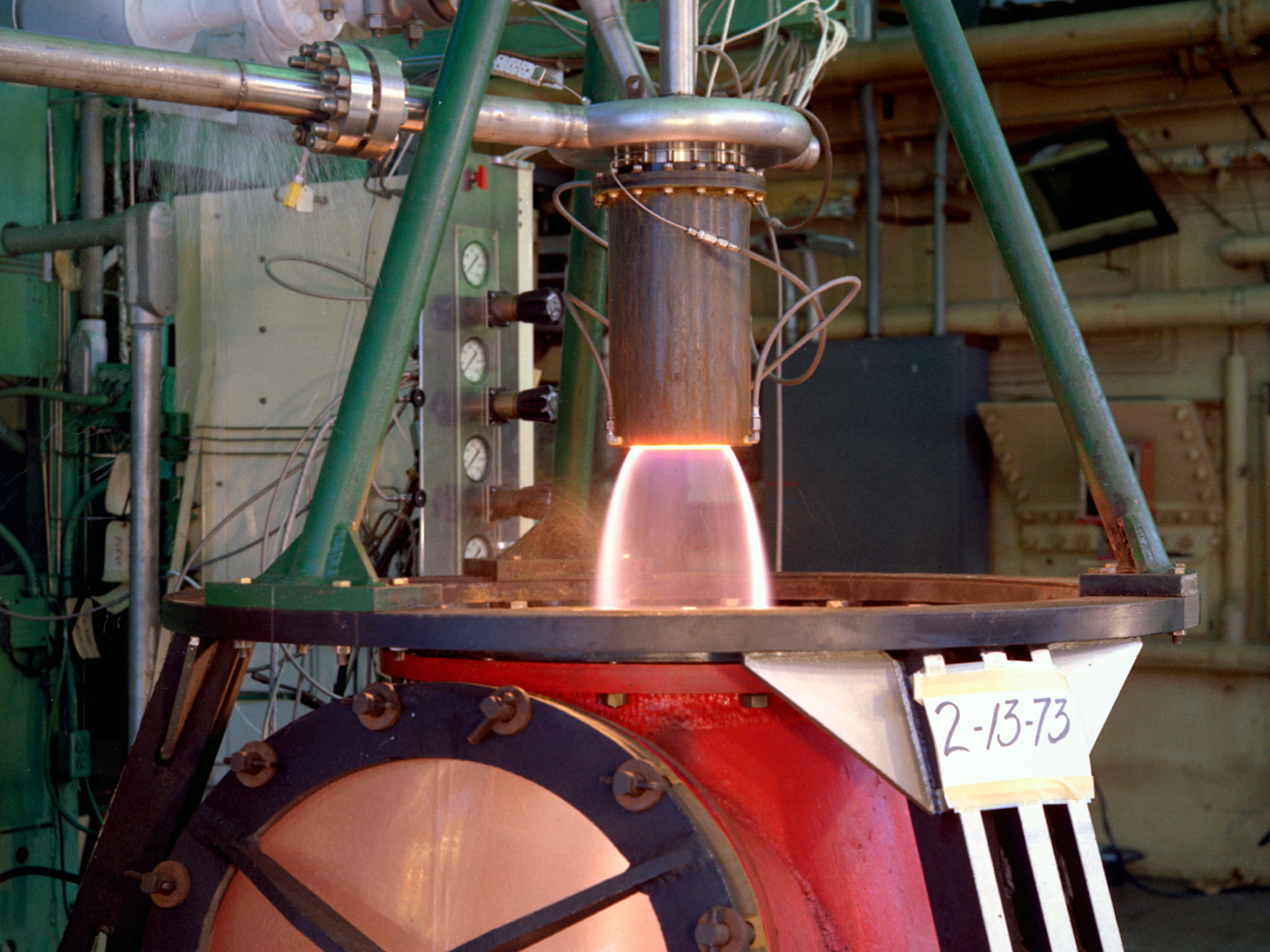 NASA Lewis (now Glenn) photo, February 13, 1973; before Skylab even launched, NASA was already thinking about designs for its Space Shuttle Main Engines (SSMEs). “Test Stand A, seen in this photograph, was designed to fire vertically mounted rocket engines downward. The exhaust passed through an exhaust gas scrubber and muffler before being vented into the atmosphere. Lewis researchers in the early 1970s used the Rocket Engine Test Facility to perform basic research that could be utilized by designers of the Space Shuttle Main Engines.” 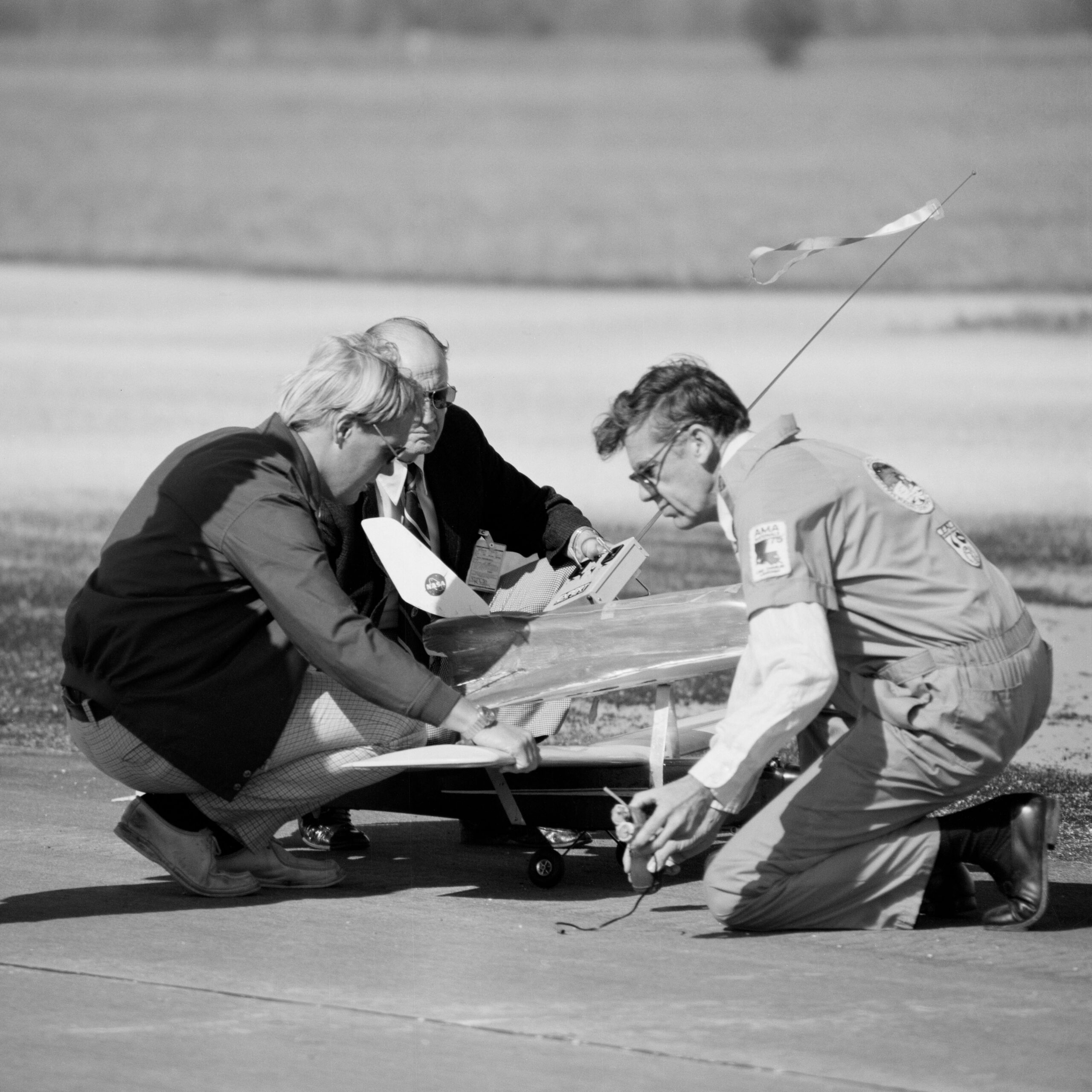 NASA photo, labeled December 3, 1975: “Seen left to right is Art Arrow, Owen Morris, and John Kiker. This is an image in a series of photographs documenting a mini Approach and Landing Test conducted on the Bldg. 14 Antenna Test Range, using a 1/40th-scale model Orbiter and a model airplane. The test was flown to study Orbiter control characteristics and separation dynamics. Simulated Orbiter being dropped from 747. JSC, HOUSTON.” 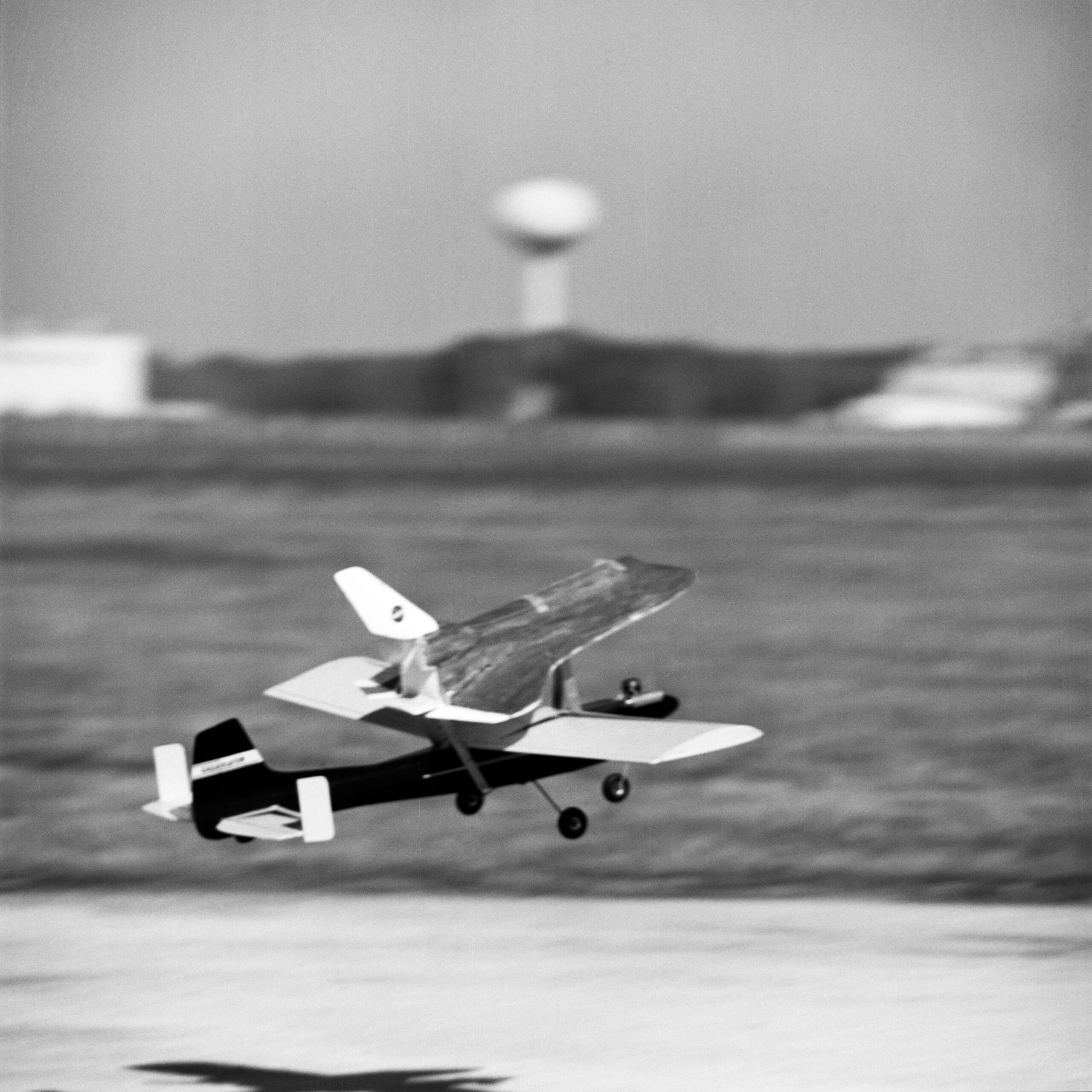 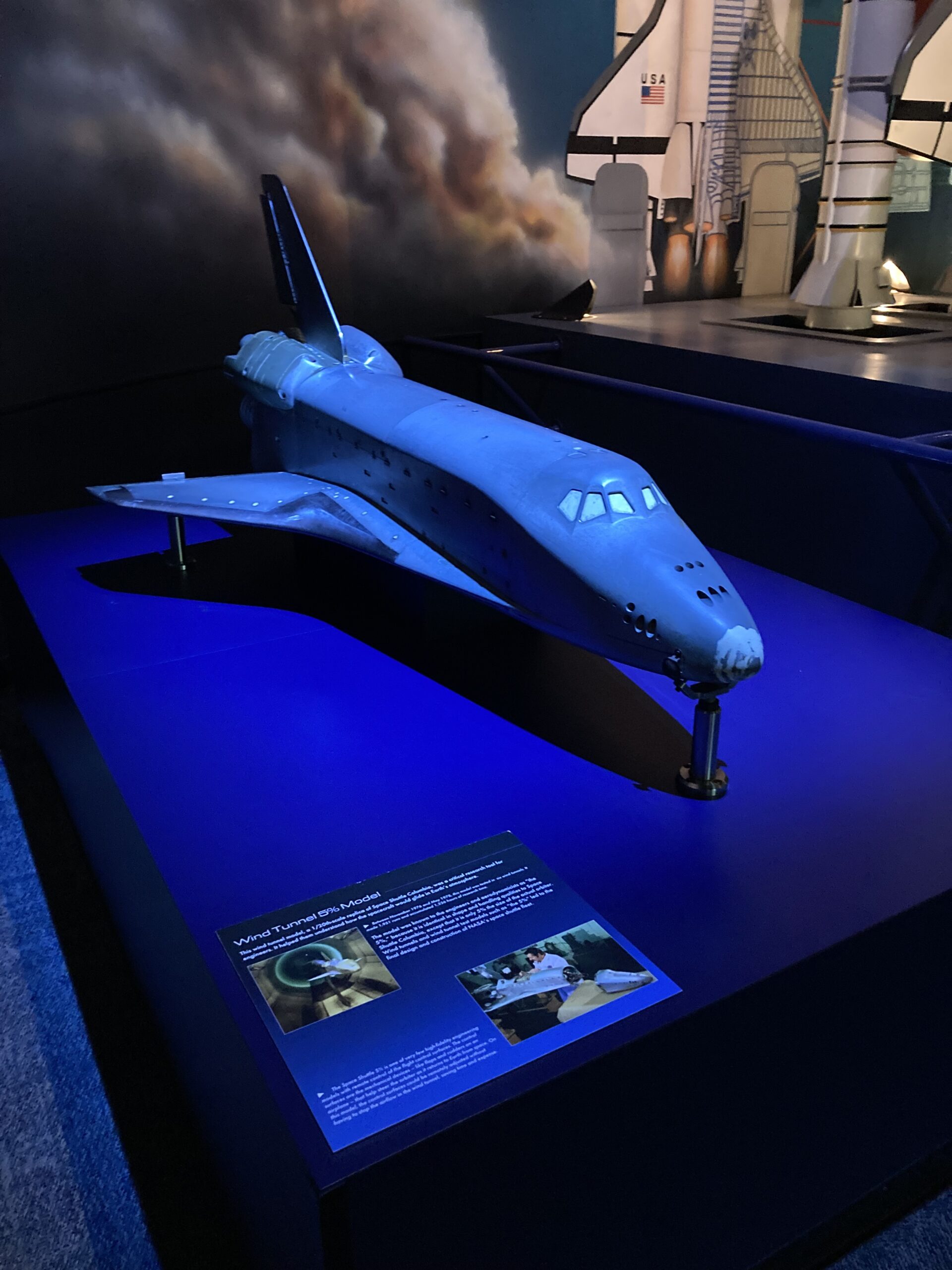 Space Shuttle Wind Tunnel 5% model. “Between November 1976 and May 1978, this model was tested in six wind tunnels. It made 1,951 runs and accumulated 1,336 hours of research time. The model was known to the engineers and aerodynamicists as ‘the 5%,’ because it is identical in shape and handling qualities to Space Shuttle Columbia, except that it is only 5% the size of the actual orbiter.” Author’s photo from Space Center Houston, Houston, Texas 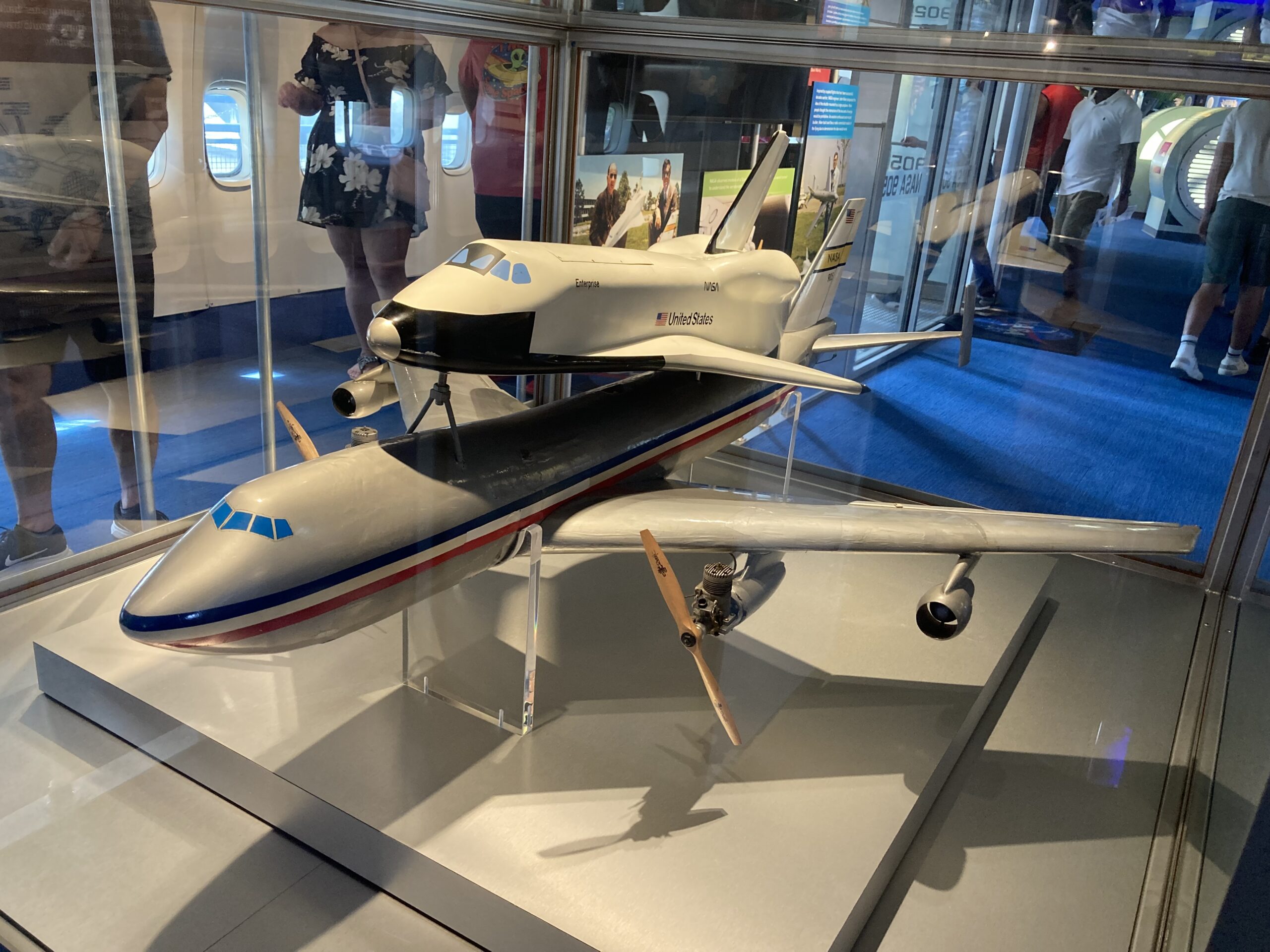 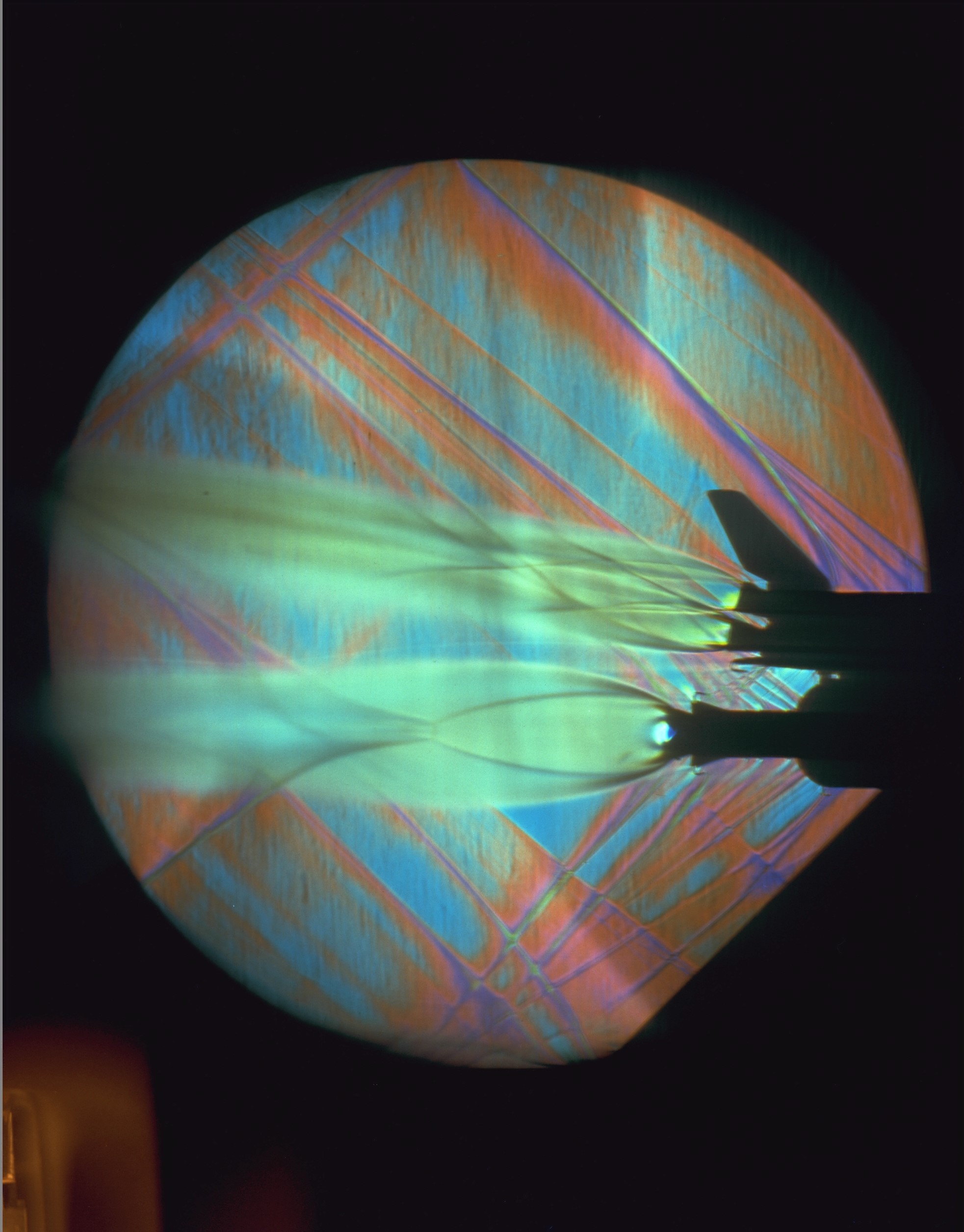 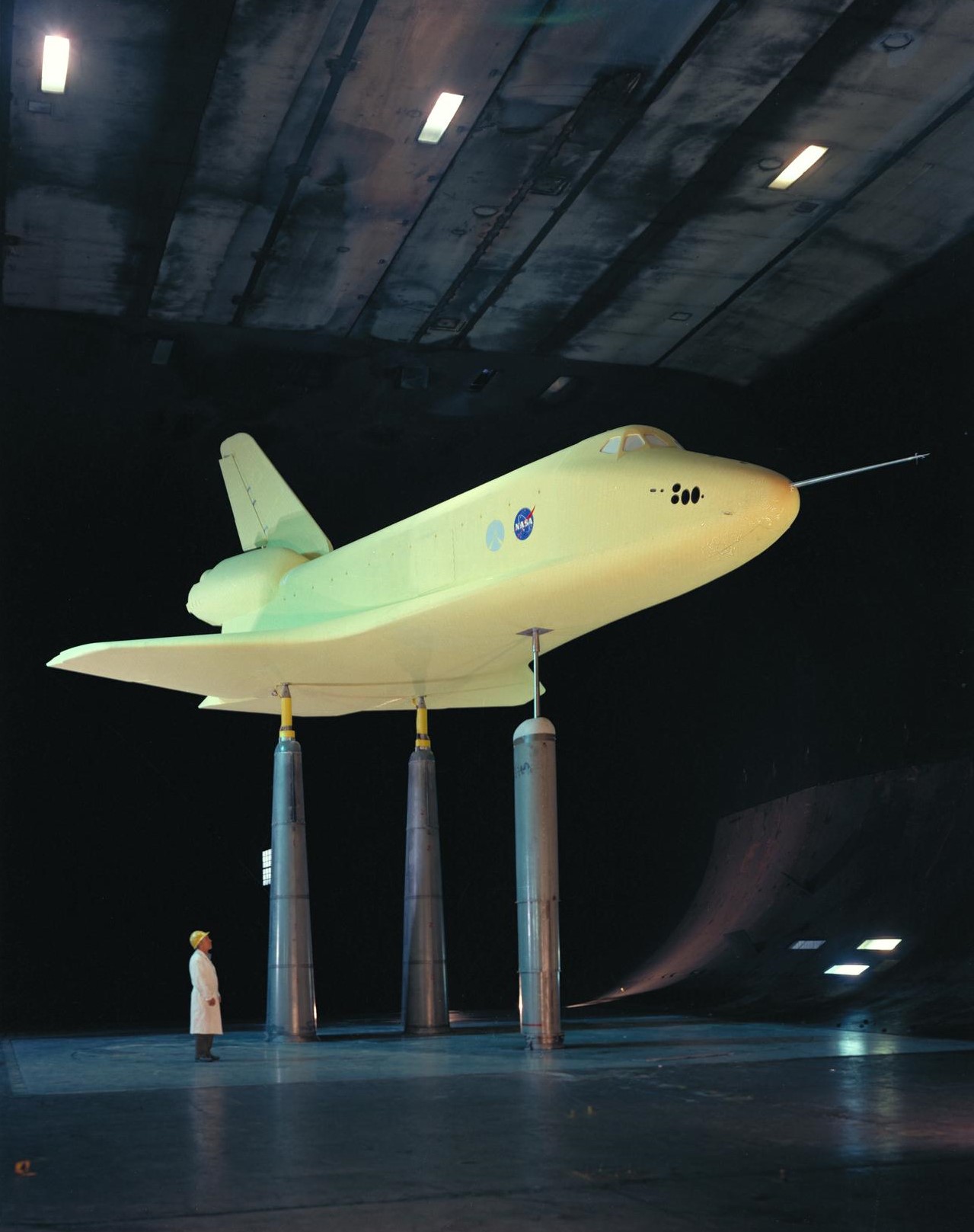 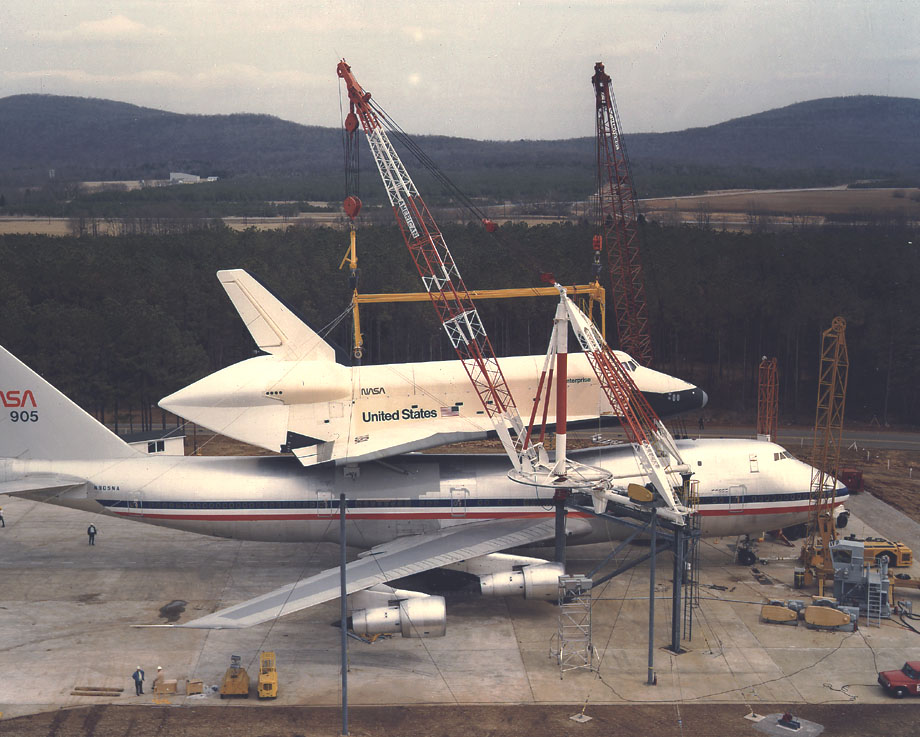 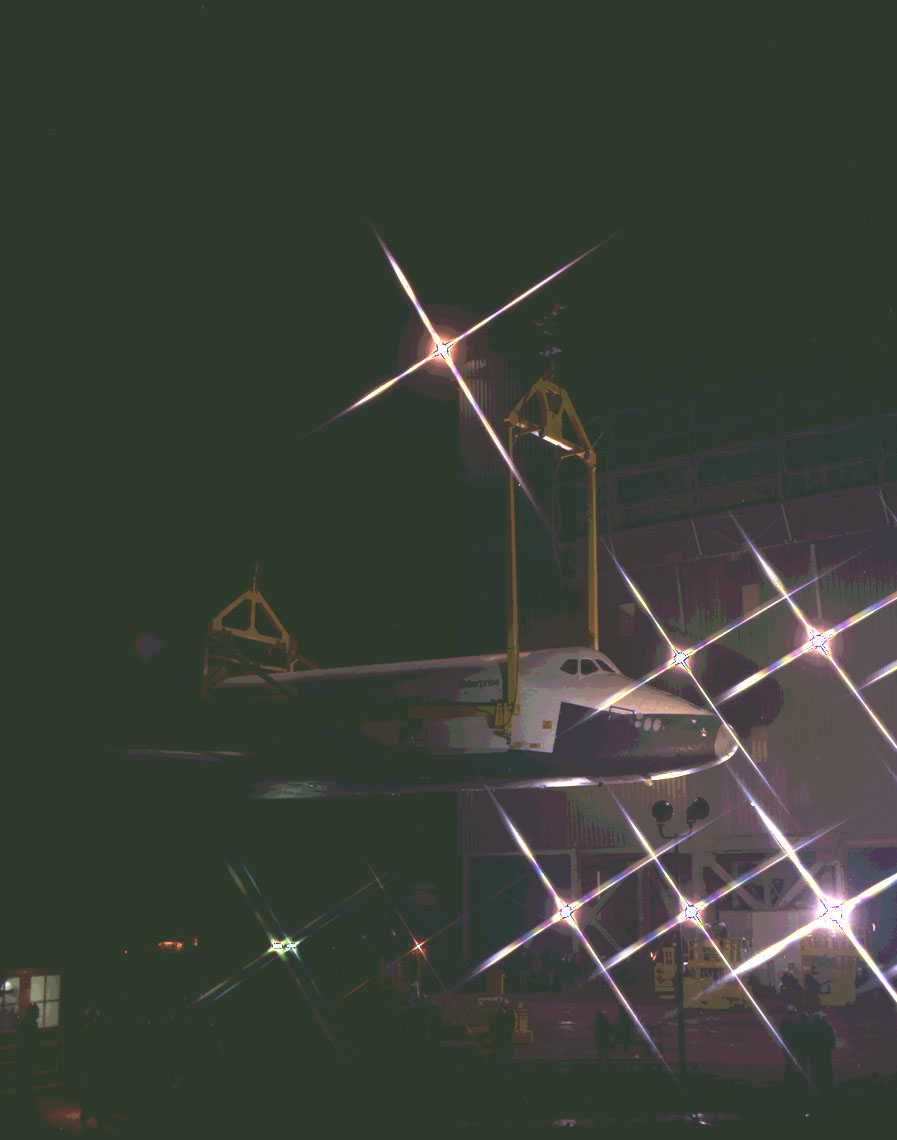 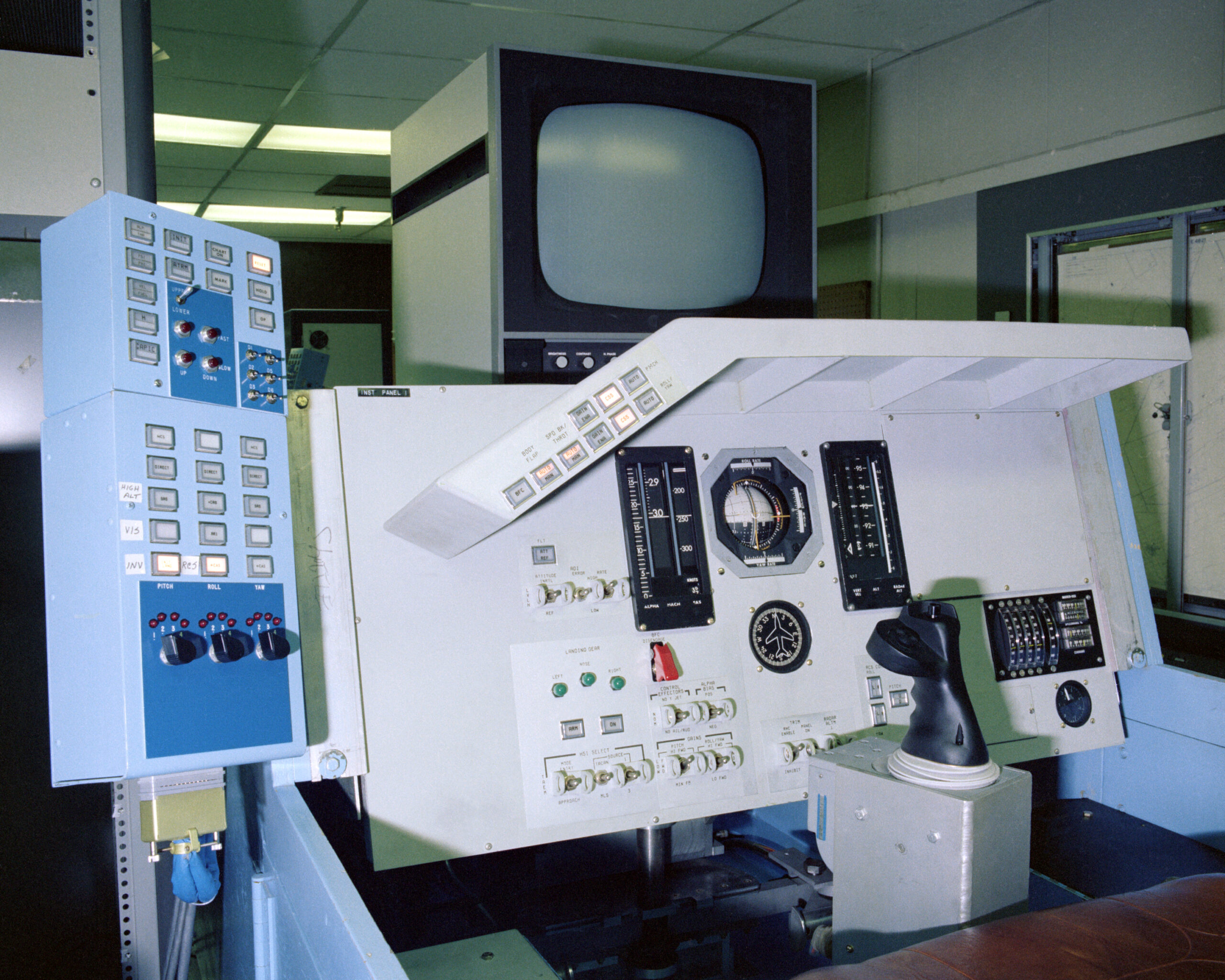