Space Myths Busted: Buran Isn’t This New Thing, People Have Known About This For Decades, And No, I Won’t Write A Feature-Length Article About It

I figured while I still have an audience after Spacefest VII (praise the Lort, I didn’t scare anyone off), I might as well address the dozens of links many have seen on Space Hipsters concerning the Soviet Buran space shuttle, and the copious requests I’ve received to write an article/articles about that subject. I’ll proceed with this anatomy of a year-long struggle, and underscore how one space program caused me to lose some sleep, not enjoy life anymore, and cause me to inadvertently amass what is probably the largest Buran paraphernalia collection in the United States… CLICK HERE, YOU WON’T EVEN BELIEVE WHAT IS UNDER THE JUMP!

A Comedy Of Errors Ensues… And You’ll NEVER Guess What They Found, Next

This all began about a year ago, when a gentleman posted some photos of several Buran-type Soviet-era space shuttles decaying away underneath rubble in a dilapidated warehouse on LiveJournal. (I am sure this was a nice guy who meant me no harm whatsoever.) Within days (considering the speed of social media, probably minutes), many news/science/some clickbait-y outlets leeched onto this information, and couldn’t get enough of it. The “news” that the Soviets had, indeed, made space shuttles that were now in advanced states of disrepair, victimized by budgetary problems following the collapse of the USSR, spread like wildfire.

This one link from a website called Bored Panda literally made it onto Space Hipsters well over 50 times (I stopped counting all of the deletions after that point – it has been re-posted many times since then). Usually the websites had this headline that went, “AND YOU’LL NEVER GUESS WHAT THEY FOUND IN THIS ABANDONED WAREHOUSE!!!!!!!!!11111” etc. etc. This led people to probably think there were skeletons or dead people and whatever inside the space shuttles — I don’t know.

A more detailed account of what happened during that time appeared on AmyBeth Inverness’ blog in August of last year. In another interesting twist, my public consternation at deleting these articles caused me to amass a stunning, colorful variety of Buran pins, coins, and stickers, with or without an Energia launch vehicle, from sometimes anonymous donors. (Thanks everyone!)

But I digress. How did we space fans go years – DECADES – without knowing that the Soviets had a defunct space shuttle program? The truth is, the existence of a Soviet space plane program had been known about well before 2015, clickbait, and breathless headlines.

Buran Isn’t This New Thing; People Have Known About This Since The 1970s

A recent article published onAmericaSpace.comby veteran Aviation Week and Space Technology magazinereporter Craig Covault, one of the original badass military spaceflight writers, declared in its opening sentence: “On March 20, 1978, Aviation Week & Space Technology revealed that the Soviet Union was secretly developing its own reusable space shuttle. The article, complete with details on the Soviet shuttle’s design characteristics, was a scoop picked up by media around the globe.” Do the math, this information came out 37 years prior to any clickbait, and 33 years before Space Hipsters was even an idea.

Some historical context: in 1978, the United States was also developing its own space shuttle, which had been targeted for its debut that year. However, its growing pains would delay its launch until April 1981. According to Covault’s article, the Soviets believed the U.S. shuttle was “destined for strictly military purposes.”

Anatoly Zak’s excellent Russian Space Web website also details the program’s extensive back history. The Soviets were thinking of developing a space plane as far back as the mid-1960s; this plane, called “Spiral,” would’ve been reusable, and helmed by a two-person crew. However, this program was placed on hold around 1970. Zak’s website stated that by 1976, the Soviets were determined to come up with a response to the United States’ “Shuttle threat” by designing their own version.

Other experts on the Soviet space program have also written extensively about Buran-Energia in the last few decades; virtually an entire chapter of the 1988 masterpiece by Phillip Clark, The Soviet Manned Space Programme, is dedicated to their shuttle and other, then-futuristic programs.

I am sure I am missing a ton of history and other notable people who covered it here, so feel free to discuss this in the comments. I never intended on being a Buran historian but…

Please Stop Asking Me To Write About Buran, I Really Don’t Know That Much About It

Many have asked me to throw my hat in the ring, and write about Buran. WELL HERE’S YOUR DAMN ARTICLE! Seriously, there are other experts out there – many who I have mentioned in this post – who have already pretty much entirely covered the subject with dignity and aplomb, so I have no idea how I could improve upon the subject.

I believe the point of spaceflight history is to give new or different, perhaps dissenting perspectives into certain programs; I just don’t think I’m the expert on Buran. So with that having been said: 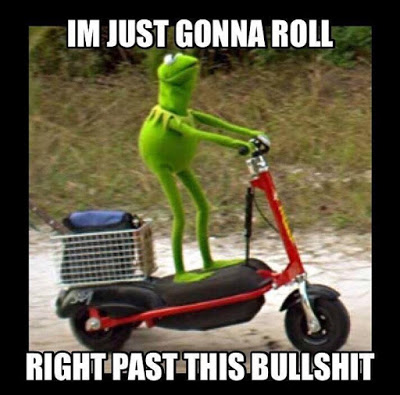