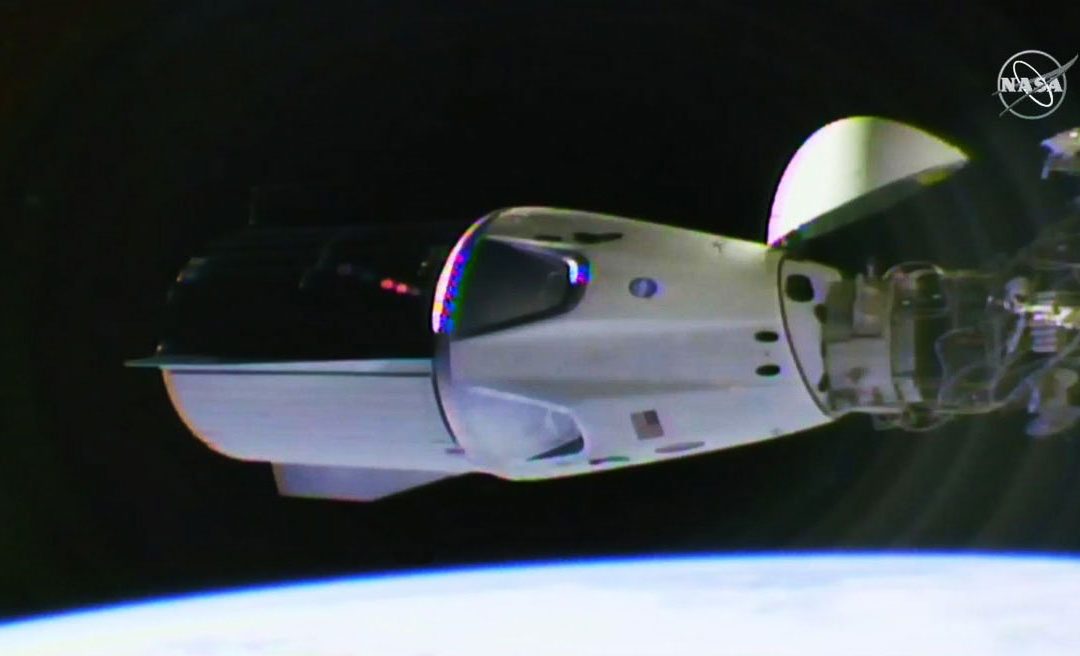 On March 2, 2019 at 02:49:03 Eastern Time (07:49 UTC) a Dragon 2 spacecraft launched from the Kennedy Space Center atop a Falcon 9 rocket and opened a new era in spaceflight. About 27 hours later the Dragon 2 successfully docked with the International Space Station (ISS). The purpose of this mission is to evaluate performance of the combined Falcon 9 / Dragon 2 system prior to crewed flight. Although the mission was not crewed, two inanimate passengers were aboard including an Anthropomorphic Test Device (ATD, not a dummy but a “smartie”) named Ripley after the character played by Sigourney Weaver in the movie Alien. Accompanying Ripley was a soft plush doll of planet Earth about the size of a basketball used as a zero-g indicator.

Dragon 2 is a significantly different spacecraft from the Dragon 1 cargo version. Dragon 2 can accommodate up to seven individuals, although the typical mission will be with four. New Draco and Super Draco rocket engines are utilized with an asymmetrical heat shield to accommodate the Super Draco engine configuration. For the first time autonomous docking is supported along with the use of the International Docking Adapter (IDA). Super Draco engines provide abort capability, and for additional safety a four-parachute landing system is used opposed to three with Dragon-1.

Dragon 2 will remain docked to the space station for five days. During this time the spacecraft will be rigorously checked. 400 pounds of cargo will be unloaded and return cargo will also be added. 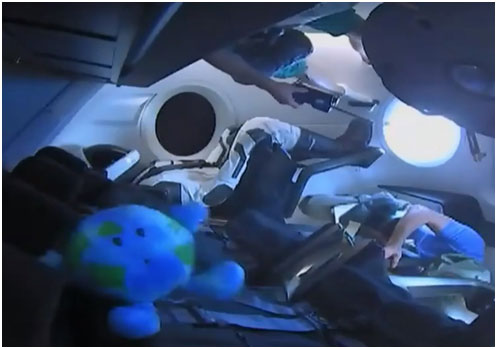 On Friday March 8 the following landing events will take place: