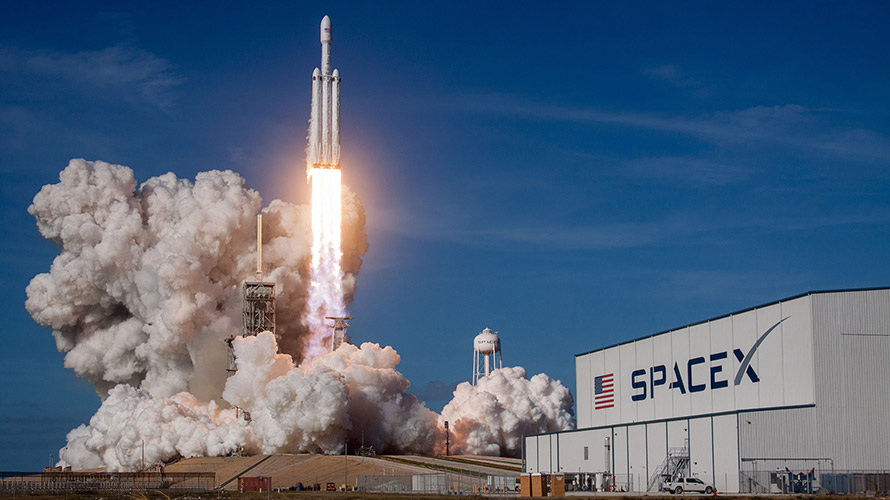 The National Space Society (NSS) congratulates SpaceX on the first flight of the Falcon Heavy (FH). At 3:45 pm EST yesterday, the most powerful U.S. liquid-fueled rocket to fly since the Saturn V roared off Launch Complex 39A at the Kennedy Space Center in Florida with 5.5-million pounds of thrust.

NSS believes that the first flight of the FH is an important step toward achieving Milestone 2: Higher Commercial Launch Rates and Lower Cost to Orbit in the NSS Space Settlement Roadmap.

“The FH will enable concept studies like the Evolvable Lunar Architecture study to become a reality, allowing the U.S.A. to return to the Moon within the current NASA budget while maintaining a balanced space program, including a gapless transition to future low Earth orbit commercial space stations and robotic exploration of the solar system,” said NSS Senior Vice President Bruce Pittman. “NSS members look forward to seeing NASA join the U.S. military in making use of the commercially competitive FH, now the most capable rocket currently flying.” 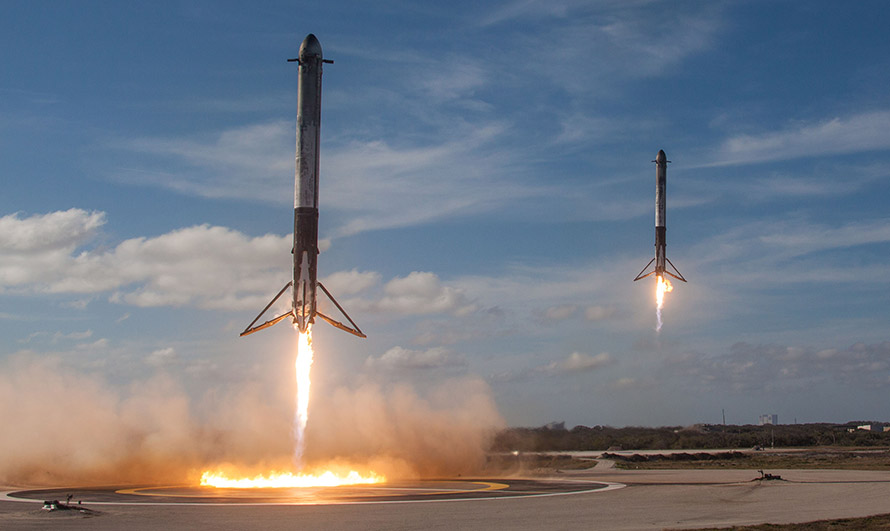 Minutes into the flight the two side boosters separated from the center core and flew back to the launch site, landing nearly simultaneously. The center core of the first stage was lost while attempting to land on a downrange drone ship. The second stage ignited twice to loft to orbit a “mass simulator” consisting of Elon Musk’s red Tesla roadster driven by “Starman,” a mannequin wearing a SpaceX spacesuit. 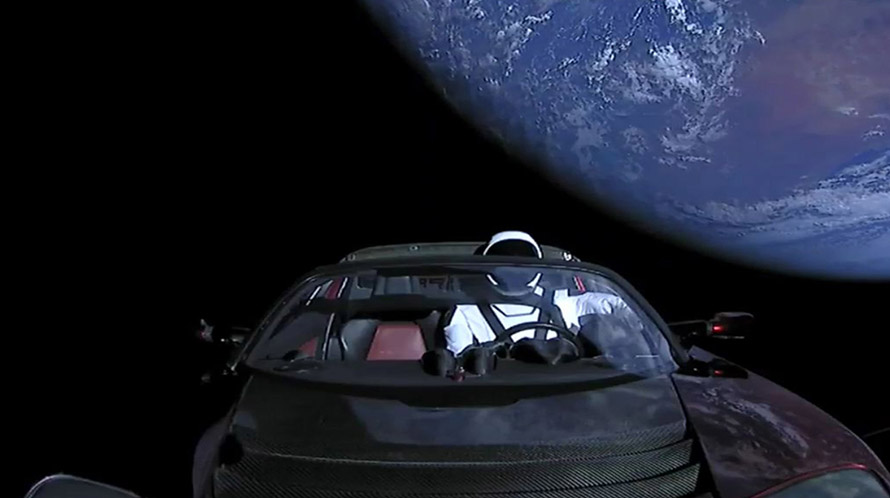 Later in the evening a final burn blasted the Tesla and its driver on a path toward Mars and the asteroid belt. In addition to being really cool, this mission profile demonstrates the ability of the FH to launch large satellites directly to geosynchronous orbit after significant coasting periods. During the coast interval SpaceX released live video via the Internet of the Tesla circling the Earth.

“SpaceX achieved a lot of firsts with yesterday’s astounding flight,” said Dale Skran, NSS Executive Vice President and Chair of the NSS Policy Committee. “The FH was successfully boosted off the pad with 27 engines firing simultaneously, a new record for the U.S.A.,” he said. Additionally, Skran observed that the return to launch site of two side boosters has never been done before. But most importantly, the FH opens an era of lower launch costs that will enable a wide range of new endeavors in space, including an affordable return to the Moon.

“The reduction in launch costs that will be achieved with the FH was not just unrealized ten years ago, it was actually characterized as impossible by leading aerospace engineers,” said noted Space Solar Power expert and member of the NSS Board of Directors John Mankins. “The targeted prices that SpaceX promises with the FH — below $1,000 per pound — will be a breakthrough moment in the realization of ambitious future space business sectors such as Space Solar Power,” he said.

Congratulations to all at SpaceX who work every day to make us a multi-planetary species and creating a spacefaring civilization.