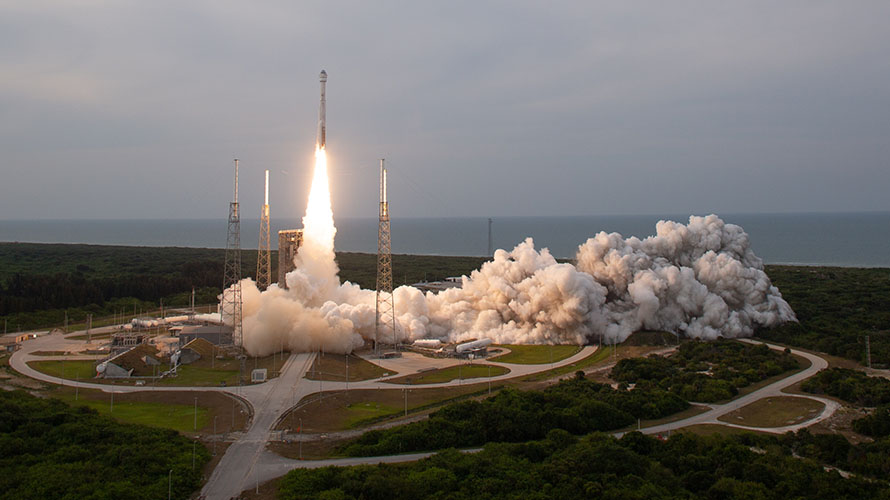 Boeing Starliner, also known as Crew Space Transportation 100 (CST-100), Orbital Flight Test Mission 2 (OFT-2) lifted off atop an Atlas V N22 at Cape Canaveral at 6:54:36 p.m. EDT on May 19. The purpose of the mission is to complete objectives not finished on OFT-1 which mainly involve docking with the International Space Station (ISS).

The Atlas V N22 is a two-stage rocket configured with two solid rocket boosters (SRBs) and a Centaur second stage.

The solid rocket boosters burned for approximately 90 seconds into the flight and were jetsoned at T+2 minutes, to insure a clean separation.

At this point the flight was proceeding nominally.

A Starliner Orbital Maneuvering and Attitude Control (OMAC) insertion burn was performed to circularize the orbit, raising the perigee point. This began at 31 minutes mission elapsed time. During the insertion burn an anomaly was encounter with two of the four OMAC engines which was compensated by adjusting the remaining engine burn. NASA and Boeing are investigating this matter.

Soft capture with the ISS occurred 8:28 PM EDT at the ISS Harmony port, 271 statute miles over the Indian Ocean. This completed a historic mission milestone for both NASA and Boeing. Hard docking was accomplished shortly thereafter via retraction of the docking collar and closure of clamps.