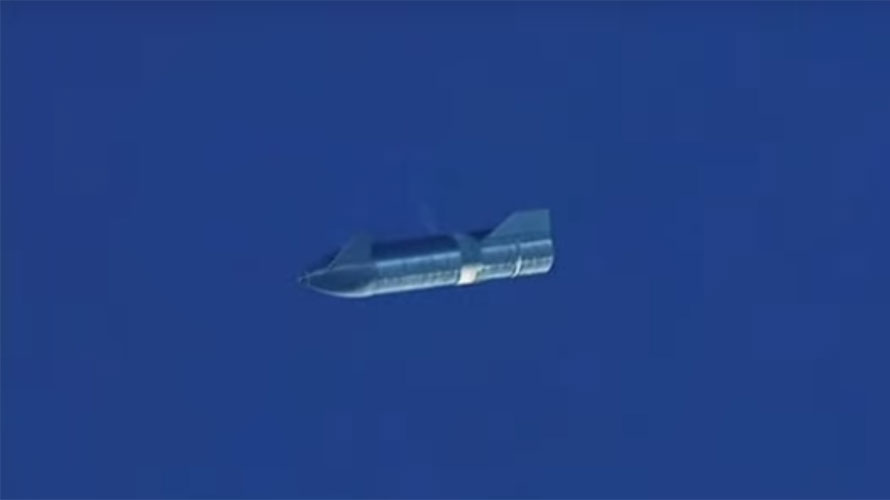 On December 9, at 5:45 p.m. EST, SpaceX’s Starship was successfully flown to an altitude of almost eight miles (12.5 km) from the company’s test facility at Boca Chica, Texas. Starship SN8 flew successfully for 6 minutes and 42 seconds, achieving the majority of its test goals until it exploded upon landing.

“Fuel header tank pressure was low during landing burn, causing touchdown velocity to be high & RUD, but we got all the data we needed! Congrats SpaceX team hell yeah!!” Musk tweeted shortly after the flight. The term RUD is an acronym for Rapid Unscheduled Disassembly.

Dale Skran, Chair of the Executive Committee of the National Space Society (NSS), said, “This was a magnificent first high-altitude test of SpaceX’s newest rocket. This test is a huge step toward opening affordable and frequent access to space for a wide variety of uses, including space settlement. NSS congratulates Elon Musk and all the hard-working employees of SpaceX who drove this remarkable achievement.”

This high-altitude flight of Starship is a major milestone in SpaceX’s efforts to make humanity a multi-planetary species. This is the first time that Starship has been flown in a form that strongly resembles what is expected to be its final configuration. Previous generations of the test vehicles have resembled grain silos with single rocket engines, while this iteration, called SN8 (for Serial Number 8), the eighth test item of the system, is much closer to what is expected to be the final design.

Earlier tests enjoyed mixed results, but each was a critical step in the design of this new approach to spaceflight. Most recently, Starship SN6 flew to a test height of just under 500 feet (150 meters) in September, landing vertically as designed. Starship SN7 was utilized for a fuel tank pressurization exercise and was deliberately tested to destruction earlier in the year. As Musk has said before, “Failure is an option here. If things are not failing, you are not innovating enough.”

Starship is, however, merely the upper stage of a larger system. In its final flight configuration, it will be placed atop a first stage called Super Heavy, and its upper volume will dwarf the Saturn V rocket that flew the Apollo spacecraft to the Moon in the 1960s. The complete Starship system will soon offer unparalleled capacity for carrying both cargo and people to the Moon and Mars. The spacecraft’s capability will also allow for many new capacities in space, including the ability to assemble orbiting solar power stations (known as Space Solar Power), a key technology that could provide clean, affordable power worldwide.

The next Starship test vehicle, SN9, is stacked and nearly ready for flight in a nearby structure, with SN10 being assembled close behind. Rapid iteration is a mantra at SpaceX, and portends a future with safe, affordable, and frequent access to space.

“The SpaceX policy of rapid iteration and improvement of their spacecraft designs fits nicely with the NSS Roadmap to Space Settlement,” said Rod Pyle, the Editor-in-Chief of the Society’s flagship magazine, Ad Astra. “By constantly testing his designs (sometimes to failure) and then improving them, Mr. Musk is able to quickly improve their reliability and viability to ultimately provide humanity with the future in space we deserve. Kudos to SpaceX and Elon Musk for this dazzling achievement.”