Suborbital reusable vehicles (SRVs) are creating a new spaceflight industry. SRVs are commercially developed reusable space vehicles that may carry humans or cargo. The companies developing these vehicles typically target high flight rates and relatively low costs. SRVs capable of carrying humans are in development and planned for operations in the next few years. SRVs that carry cargo are operational now, with more planned.

This study forecasts 10-year demand for SRVs. The goal of this study is to provide information for government and industry decision makers on the emerging SRV market by analyzing dynamics, trends, and areas of uncertainty in eight distinct markets SRVs could address. This study was jointly funded by the Federal Aviation Administration Office of Commercial Space Transportation (FAA/AST) and Space Florida, and conducted by The Tauri Group.

Eleven SRVs are currently in active planning, development, or operation, by six companies. The payload capacity of these SRVs ranges from tens of kilograms to hundreds, with the largest currently planned vehicle capacity at about 700 kilograms. A number of SRVs can carry humans, with current designs for one to six passengers, in addition to one or two crew members in some cases. Some will also launch very small satellites. 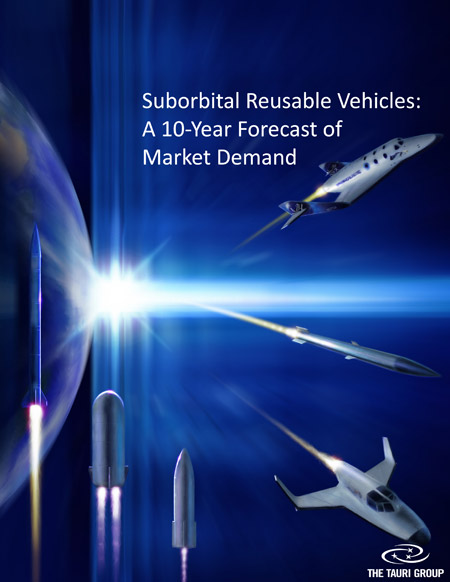