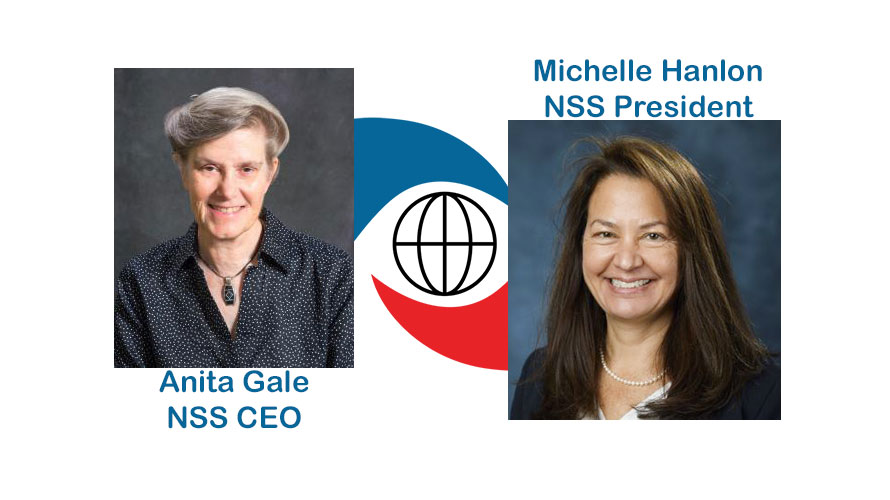 On Wednesday, the National Space Society elected Anita Gale as the Chair of its Executive Committee (CEO). Gale is a retired Boeing Associate Technical Fellow who was a Senior Project Engineer in Space Shuttle Cargo and Payload Integration among her many other accomplishments in aerospace. She currently leads the Space Settlement Design Competition, an international competition that introduces high school students from around the world to the rigors of working on a corporate team to design a space settlement. Gale holds a BS and MS in aeronautics and astronautics from the University of Washington.

Michelle Hanlon was elected as the NSS President. Hanlon is the co-Director of the Center for Air and Space Law and an air and space law instructor and research counsel at the University of Mississippi School of Law. She holds a BA from Yale University, a JD from Georgetown University Law Center, and an LLM from McGill University. She also leads the NSS International Committee and previously served as the NSS Executive Vice President.

Gabriela Lindberg was elected the VP of Development. Lindberg previously chaired the NSS Social Media Committee and currently serves on the NSS Board of Directors. She holds a BA from the New School in Urban Studies in New York. Lindberg has also studied at the Pratt Institute (NYC), the Institutio Europeo di Design in Italy, and Webster University in the Netherlands.

Karlton Johnson, Chairman of the NSS Board of Governors, said, “This slate of new officers represents ongoing progress in the NSS’s goal of adding to the diversity of its leadership. It’s just one more step in our mission to democratize humanity’s migration into space with people of all cultures, ethnicities, and gender identities fully represented.” 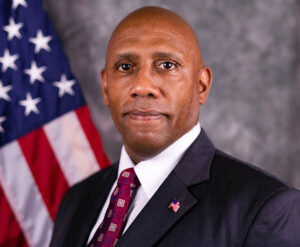 Karlton Johnson, Chairman of the NSS Board of Governors

Mike Snyder was elected as the NSS Secretary. Snyder is the Chief Technology Officer at Redwire and was previously the Chief Engineer at Made in Space, for which he was recognized in 2015 as one of Forbes magazine’s “30 under 30.” He holds a BS and MS in aeronautical engineering from Ohio State University, and previously served as the NSS Assistant Secretary. He is also a member of the NSS Board of Directors.

NSS congratulates these leaders in their new and ongoing appointments and welcomes people from all backgrounds to join our mission to advance the human settlement of space.

The National Space Society was founded in 1987 via a merger of the National Space Institute, founded to promote citizen support for the American space program, and the L5 Society, based on the work of space settlement pioneer Gerard K. O’Neill. NSS is the preeminent citizen’s voice on space exploration, development, and settlement.