The National Space Society Mourns the Passing of Alexei Leonov, the First Spacewalker 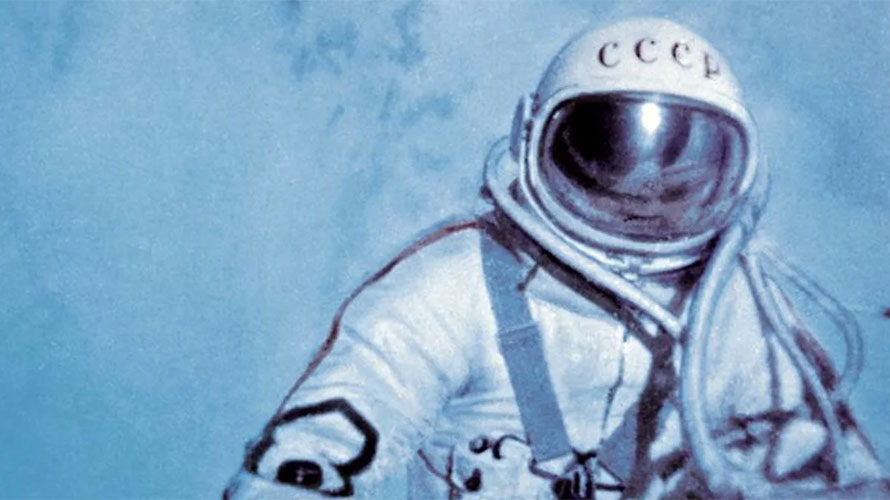 Former Soviet cosmonaut Alexei Leonov, A Space Age pioneer and the first human to perform an extravehicular activity, or spacewalk, died today, October 11, at the age of 85.

As part of the early cadre of Soviet cosmonauts, Leonov exited his Voskhod 2 spacecraft, co-piloted by Pavel Belyayev, on March 18, 1965. Using a primitive inflatable airlock, the first of its kind, he stayed outside the orbiting craft for just over 12 minutes. When it was time to reenter the Voskhod capsule, he realized that his pressure suit had become over-inflated and had to bleed air from a small valve to return, an extremely dangerous procedure.

Leonov flew again in 1975 during the Apollo-Soyuz Test Project, commanding a Soviet Soyuz spacecraft that docked with the last American Apollo capsule, which was under the command of astronaut Donald “Deke” Slayton. The two remained lifelong friends after the mission, and Apollo-Soyuz set the stage for later cooperation between the two Cold War superpowers in the subsequent Shuttle-Mir program and the International Space Station. That cooperation in space has continued, despite challenges in international politics, to this day aboard the ISS.

Besides his pioneering role in the early space program of the Soviet Union, Leonov was an accomplished artist and was considered an elder statesman in the international space community, providing inspiration for future astronauts of many nations.

“Alexei Leonov was one of the greats in spaceflight,” said Bruce Pittman, Senior Operating Officer of NSS. “His early exploits in space set the stage for later accomplishments by both the Soviet Union and the United States. He will be missed by those who knew him, and NSS mourns his passing, extending condolences to the Russian spaceflight community.”