The National Space Society Mourns the Passing of Michael Collins 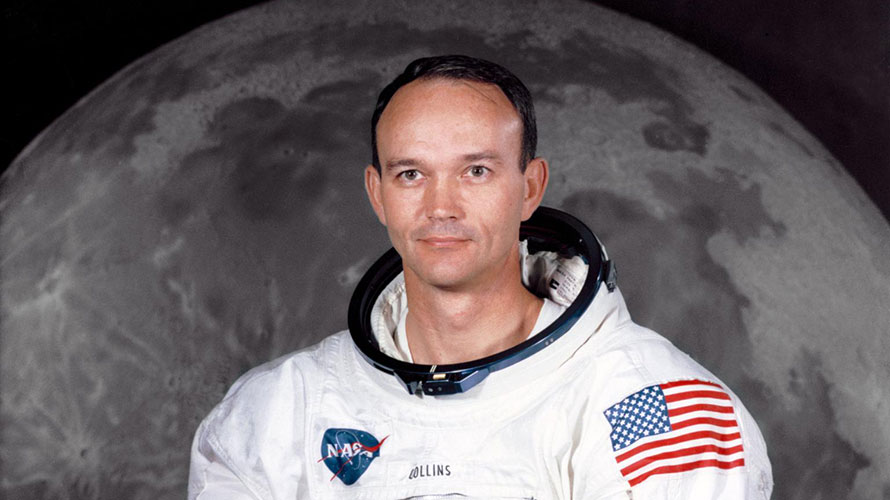 The National Space Society mourns the passing of Michael Collins, announced by his family this morning. Colonel Collins flew in space twice, once aboard Gemini 10 in 1966, and then as the Command Module Pilot aboard the mission of Apollo 11. We celebrate his contributions to spaceflight and to the eventual human settlement of space. Collins was a founding member of the National Space Institute, NSS’s predecessor organization that later merged with the L5 Society to form NSS.

Michelle Hanlon, NSS President, said, “The landing of humans on the Moon, and their safe return, is one of the greatest technological achievements of humankind. The fact that no human has ventured back to the Moon since 1972 speaks volumes of the difficulty—emotional, physical, academic, intellectual and technological—it took to get there in the first place.” Hanlon, who is also the co-founder of For All Moonkind, a nonprofit that seeks to protect the Apollo landing sites as universal heritage landmarks, added, “While Mike Collins did not leave his bootprints on the lunar surface, he left an imprint on the heart and soul of all on this Earth and quietly epitomized the courage and audacity of the human spirit which dares to try, dares to fail, and ultimately dares to succeed.”

Anita Gale, NSS CEO added, ““We have lost another connection to those amazing accomplishments of a half-century ago. Collins handled the fame and attention of Apollo with humility, dignity, and grace. We will always remember and respect him.”

Collins was part of NASA’s third astronaut group of 1963, and by 1966 had flown on Gemini 10, conducting two successful spacewalks—only the third astronaut to attempt the task. He then flew as the Command Module Pilot on Apollo 11, orbiting the Moon alone as crewmates Neil Armstrong and Buzz Aldrin explored the lunar surface. While over the far side of the Moon during these many orbits, he was the first person in history to be truly alone. As he wrote in his widely-praised autobiography Carrying the Fire, “I am alone now, truly alone, and absolutely isolated from any known life. I am it. If a count were taken, the score would be three billion plus two over on the other side of the moon, and one plus God knows what on this side.”

Upon returning from the Moon, the Apollo 11 crew began months of public relations touring. Soon thereafter, Collins retired from NASA, working briefly with the U.S. State Department, then becoming the Director of the Smithsonian’s National Air & Space Museum.

“Major General Collins was a truly remarkable person and a gifted pilot, “said Karlton Johnson, the Chairman of the Board of Governors for NSS and himself a retired Air Force colonel. “He was the epitome of the greatest generation, and his quiet courage as a test pilot and astronaut is to be respected. He was a credit to the Air Force, to his nation, and, simply put, one of the best.”

Rod Pyle, Editor-in-Chief of the NSS signature magazine Ad Astra, elaborated: “Mike was widely known as ‘the approachable astronaut.’ While he could be somewhat shy, he was kind and incredibly generous with his time and celebrity. A true raconteur, he was as likely to be discussing watercolor painting—at which he excelled—or fine wines, as his personal achievements. He was also a very gifted writer, penning some of the most engaging accounts of the Apollo program ever written, and which have sold millions of copies.”

Collins’ family released a brief statement after his passing: “We regret to share that our beloved father and grandfather passed away today, after a valiant battle with cancer. He spent his final days peacefully, with his family by his side. Mike always faced the challenges of life with grace and humility, and faced this, his final challenge, in the same way. We will miss him terribly. Yet we also know how lucky Mike felt to have lived the life he did. We will honor his wish for us to celebrate, not mourn, that life. Please join us in fondly and joyfully remembering his sharp wit, his quiet sense of purpose, and his wise perspective, gained both from looking back at Earth from the vantage of space and gazing across calm waters from the deck of his fishing boat.”

NSS wishes his family all the best and joins those asking that their privacy be respected in this reflective time.