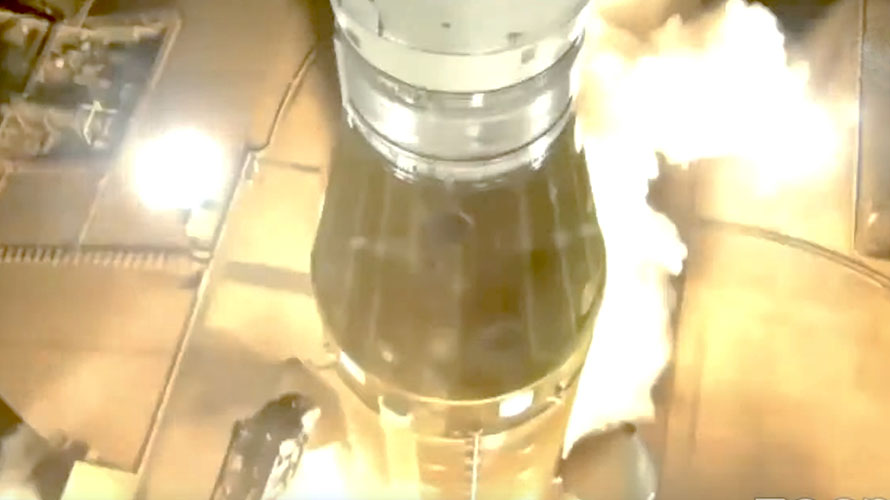 The National Space Society applauds the successful inauguration of Artemis program operations. The Artemis I mission to lunar orbit, which launched in the early morning hours of November 16, will test key elements of the Space Launch System and the Orion capsule, as well as launch a large number of cubesat-sized secondary payloads. One of the most exciting secondary missions is NASA’s NEA (Near Earth Asteroid) Scout, which features a 925-square-foot (86-square-meter) solar sail launched in a 6U cubesat package. The primary target is the Earth-crossing asteroid 2020 GE. Another important payload is Lockheed’s LunIR that will create an infra-red map of the Moon. Two other spacecraft, NASA’s LunaH-Map and Lunar IceCube, will search for lunar ice. The Japanese Space Agency’s OMOTENASHI (Outstanding MOon exploration TEchnologies demonstrated by NAno Semi-Hard Impactor) will attempt to become the smallest lunar lander to date.

“Artemis I opens a new age of lunar exploration and development and NSS members are excited to witness the opening of a new chapter of human activity on the Moon,” said Anita Gale, NSS CEO. “The Artemis program offers an opportunity to improve on NASA’s lunar exploration heritage, and to return to the Moon to stay.”

Michelle Hanlon, NSS President, added, “The NSS supports the Artemis program and the Artemis Accords, and is delighted that 21 nations have now signed them. The Artemis Accords build on the Outer Space Treaty of 1967 to develop a common understanding of how space resource utilization will be developed and managed in an orderly fashion while recognizing the importance of protecting human heritage in outer space. Having a plan to safeguard heritage sites is key to reducing potential conflict and enabling sustainable space resource utilization.”

Dale Skran, NSS COO, noted “Among the most exciting parts of the Artemis program is the Human Landing System, provided by SpaceX. While not part of this test flight, the HLS will demonstrate in-space refueling of a large vehicle, one of the most important technologies needed for future space exploration and development. Another innovative part of Artemis is CLPS (Commercial Lunar Payload Services), which starting in 2023 will demonstrate a new and more cost-effective way of landing scientific and commercial payloads on the Moon.”

Artemis I is the first flight of the SLS rocket and the second test of the Orion capsule. While there is no crew aboard the spacecraft for this mission, it is loaded with a suite of instruments and sensors that will provide invaluable feedback as it takes its long trek into lunar orbit and then back to splashdown on Earth. This flight carries the first crew-targeted system to fly to the Moon since Apollo 17 in 1972, which will endure the first-ever lunar-trajectory high-speed reentry test of Orion’s heat shield, entering the Earth’s atmosphere at about 25,000 miles per hour (40,200 kilometers per hour).

“This was one of the most exciting launches in recent memory,” said Rod Pyle, Editor-in-Chief of the NSS’s magazine, Ad Astra. “It’s reminiscent of the excitement surrounding the first test of the Saturn V, Apollo 4, in 1967. It’s been a wonderous sight to see another Moon-capable rocket take to the skies.” 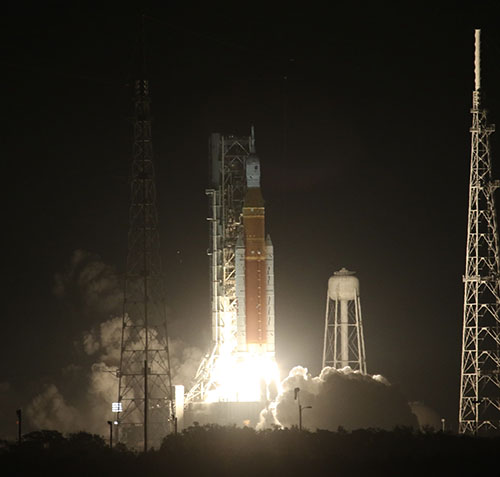