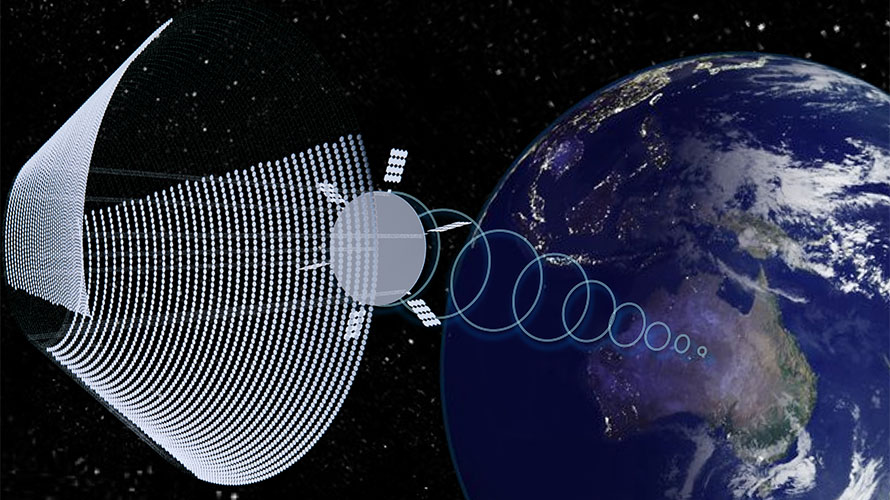 The National Space Society (NSS) supports the recent UK government proposal for operational space solar power (SSP) by 2040. Prepared by the Frazer-Nash Consultancy, the report states that “Space-Based Solar Power is a renewable technology which provides continuous baseload power without intermittency and could be available at large scale. It therefore warrants further exploration as it could offer new options and contribute to the Net Zero pathways.”

Two power station designs were concluded to be technically and economically viable in the report—the hyper-modular SPS Alpha design by NSS Board member John Mankins and the SSP CASSIOPeiA design by Ian Cash of the UK. While SSP has been deemed technically viable for decades, recent projected reductions in cost make it appear to be inevitable.

Notably, the expense of launching items into space has dropped by a factor of 14 times since the space shuttle era and is expected to drop further when SpaceX’s Starship becomes operational. The cost of constructing space solar power satellites will also drop when the modules are built in volume. The new hyper-modular SSP designs take advantage of this, and the UK study calculates the projected cost using this approach to SSP to be competitive with other energy technologies.

Randy Gigante, NSS Policy Committee Chair, supports the phased approach outlined in the study. This includes a 500-megawatt demonstrator in orbit by 2032, and the connection of two gigawatts of SSP to the power grid by 2040. “The Frazer-Nash report suggests that, with an appropriate near-term R&D effort, the cost barrier for SSP can be broken,” Gigante said. “This can have a positive effect on climate change in general and net-zero emissions in particular.”

To maintain this schedule, the public sector would need to fund about 473 million dollars (350 million pounds) over the next five years to complete Phase 1 of the program. The UK Government has already established a one-billion-pound fund to accelerate the commercialization of low-carbon technologies, and proposals are being sought for dual-use technology development that could assist both space-based and Earth-based power systems. The current deadline for submission of ideas is November 1 and can be submitted here. More information will be forthcoming as part of the United Nations COP26 Climate Change conference in November 2021 in Glasgow, Scotland.

A copy of the new UK report, “Space Based Solar Power: De-risking the Pathway to Net Zero,” is available in the online NSS Space Solar Power Library.