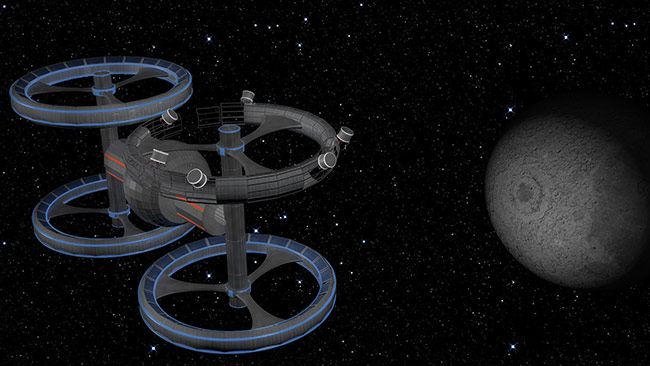 The National Space Society is hosting the 2015 Roadmap to Space Settlement International Student Art Contest for students aged 13-25. We are looking for original, photo-realistic illustrations of daily life in a space settlement located anywhere in our solar system. This is a wonderful opportunity for students to visualize their ideas of what humanity’s future in space may look like.

The contest’s Grand Prize winner will receive a number of prizes including:

Additional prizes will be awarded to the First Prize and Honorable Mention winners in the contest.