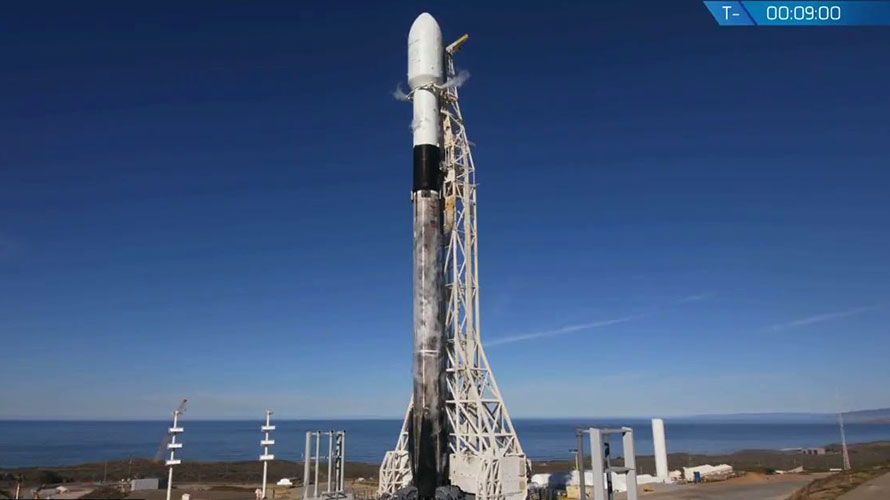 In an earlier blog post (https://space.nss.org/the-spacex-triple-trifecta/) I described SpaceX’s three ambitious goals for 2018:

By December 3rd, it has become clear that although the first Falcon Heavy flight was successful, no more FH flights will follow in 2018. We shall have to wait until 2019 to see an additional two FH flights, and the declaration that this amazing craft has reached operational status. The main update on the FH front in 2018 was the booking of two new customers for the FH, the Air Force AFSPC-52 satellite, and the Ovzon-3 communications satellite, both to be launched in 2020 or later.

Additionally, with the first flight of the Dragon 2 now scheduled for January 7, 2019, it is abundantly clear that this leg of the triple trifecta will not be completed in 2018, although there is a very good chance of success in 2019.

But has SpaceX fully achieved the final leg of the triple trifecta—bringing the Falcon 9 Block 5 to operational status? The situation here is muddied by NASA’s requirement that before a crew can be put on a Dragon 2 capsule, there must be seven F9 B5 launches in the same configuration used to launch the Dragon 2, which further requires the use of new COPVs (helium tanks that are situated in the fuel tanks) which are planned to be safer than the current version. Alas, as of the current date, not a single F9 B5 launch has used the new COPVs based on publicly available information, and further it appears that the initial use of the new COPVs will be on January 7, 2019 with the first flight of the Dragon 2 capsule. Thus, from a NASA/Commercial Crew point of view, the F9 B5 has not reached operational status in 2018.

However, NASA is not the only, or even the main, customer for the F9 B5. In this area SpaceX has racked up major success in 2018. SpaceX has flown a total of four brand new Block 5 F9s, including:

Today, December 3rd, for the first time ever, a F9 Block 5 first stage (Booster 1046) flew a third time—and it clearly appears to be a used, blackened rocket in the photo above of the booster on the pad. It roared off the pad at Vandenberg Air Force Base in California to launch the first Spaceflight Industries rideshare mission, SSO-A, carrying a total of 64 satellites into orbit. The launch of 64 orbital payloads on a single flight represents a new record for a U.S. launch vehicle. Additionally, this is the 19th successful flight for SpaceX in 2018, a new record for a single year for the company. The first stage landed on the drone ship “Just Read the Instructions” downrange in the Pacific, perhaps to be flown a total as many as ten times before being returned to the shop for a major refurbishment.

Although by automotive, airplane, or telecom standards, this is not a lot of test experience, by rocket standards it is revolutionary. At least for commercial purposes, after 8 flights of a F9 B5, including three successful flights of one booster, and two flights by two others, it is time to declare that this part of the SpaceX Triple Trifecta has been achieved. And certainly the trifecta of three flights on one booster has been achieved!

What does 2019 hold for the F9 Block 5? Assuming no major setbacks, we will see more first launches, more 2nd launches, and more 3rd launches of B5 Boosters. It would not be surprising to witness a 4th or even 5th launch of the same booster in 2019. Although there is no number of successful re-uses that will convince die-hard SpaceX critics that rocket reuse is economically workable, with every F9 B5 flight blazing into the sky the case for re-usability gets one flight stronger.