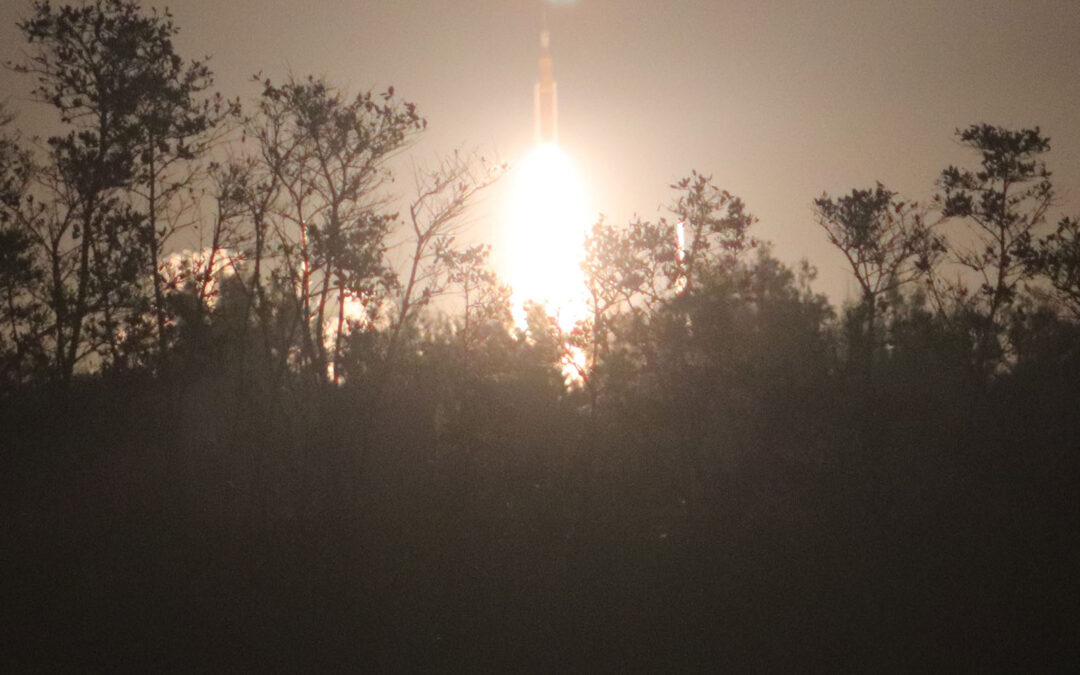 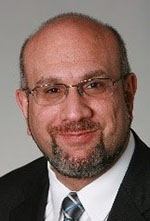 I took this photo of the Artemis 1 launch just outside the back door of the building that contains the new NSS office!

As a member of the Apollo Generation, I confess to being envious when friends, colleagues and fellow space enthusiasts share stories of witnessing an Apollo Moon shot. Their eyes always light up and they have wide grins as they recount the experiences of more than fifty years ago.

I was ten years old when Apollo 11 landed on the Moon, and it had a profound impact on my future. It led me to a career as an engineer in the aerospace industry and of course membership in NSS. Seeing a launch in person was something I dreamed of for a long time, but the opportunities often eluded me. I would not see my first launch until the age of 50 . . . STS-129 (Atlantis) on 16 November 2009. It was a long wait but well worth it as I had an immense feeling of pride as I watched Atlantis climb to orbit. I couldn’t wait until the next launch. Here is my photo:

And over the years I’ve seen other launches including several Falcon 9s and Atlas Vs. But a Moon rocket was not yet in my portfolio. The Artemis program offered me an opportunity to finally see a Moon rocket; the only question was would the schedule align with my availability to see the launch in-person.

Call it serendipity, but the NSS decision to open an office at the Kennedy Space Center Visitor Complex (KSCVC), my decision to retire from my position at IEEE and move to Florida, my ability to transition from a volunteer role to a contractor support role, and the timing of the planned launch of Artemis I all worked out perfectly. For those that might have missed our announcement last month, we are now occupying an office at the KSCVC. (More details on the office opening will follow.)

Located in the Center for Space Education building, which is run by the Astronauts Memorial Foundation, the NSS office will provide day-to-day support for membership transactions (renewals, donations, new memberships, fulfillment, etc.) as well as dealing with membership issues, questions, and other inquiries. The intent is to improve our engagement with the membership and to provide a more consistent and responsive level of support. Being at the KSCVC also provides us with the opportunity to explore collaborative activities with other space related organizations and companies. This will enable us to develop potential new programs and benefits that would add to your membership value.

It is an exciting time for me personally as I look forward to supporting NSS in a new way.  Of course, being at the Kennedy Space Center also means I don’t have to go very far to see a launch. If you have never been to a launch, there are many places to view one. The most desirable spot is the Banana River viewing site at the Apollo/Saturn V Center. It’s approximately 4 miles from the pads. But to be here you need to be one of the lucky ones, know somebody, be a VIP or contractor or even grab a rare ticket that the KSCVC sells. Let me just say it’s worth it as that is where I saw the STS-129 launch.

Don’t be disheartened if you are not able to secure a spot at Apollo/Saturn V Center. You can view a launch from the KSCVC, which is approximately 8 miles from the launch pads of the KSC. There are also many public areas in Titusville, Playalinda Beach, Cape Canaveral, Cocoa Beach and other areas that will provide great views of the launch.

Like the tens of thousands of people who descended on the space coast to view the historic first launch of Artemis I, I waited out the scrubs that occurred on 29 August and 3 Sept. We all left disappointed, but if you are planning a visit to view a launch, get it into your mindset that a delay or scrub is a high probability. 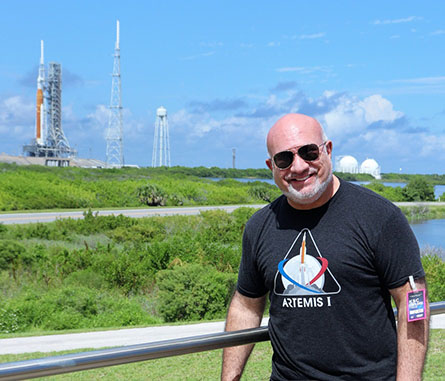 As the third launch attempt was finally scheduled, I sensed a feeling of confidence that this “third time would be the charm.” I was in the office that day (15 Nov) waiting for the launch early the next morning. I decided to view the launch from just outside the back door of the Center for Space Education. There is not a direct view of LC-39B because of a tree line that sits across the NASA Causeway, so I would not actually see the rocket ignition. But knowing all the viewing areas at the KSCVC, I believe it offered the best view from 8 miles away.

The countdown was proceeding smoothly without the issues that plagued the first two launch attempts and then NASA reported a leak in a valve in ground equipment used to replenish the core stage’s liquid hydrogen tank. A “red team,” a specially trained crew was dispatched to the pad by the Launch Director to tighten bolts in the valve and fix the leak. This delayed the launch by about forty minutes, but everything was soon “go for liftoff.”

I went outside about 10 minutes before liftoff and positioned myself in the right spot. Even with the tree line I knew where to look because the xenon lights were illuminating the sky above the launch pad.  At 1:47 am EST on 16 Nov, the countdown reached zero and I could see an enormous flash of bright light emanating from the pad and I soon saw the movement of the rocket. It seemed to jump off the pad and I trained my camera and started shooting.

Night launches are quite spectacular because of the intense light from the rocket exhaust. They are also challenging because you can’t really see the rocket. After just a few photos I put my camera down and just enjoyed the light show. The rocket climbed so majestically. It was magical to watch. Then about 10 seconds after the launch the sound of the four RS-25 engines and two SRBs reached me. The sound built up to a rumbling crescendo. It was fabulous. I continued to follow the trajectory and I could make out the SRB separation a little more than two minutes into the flight. I continued to listen to the commentary on my phone until the rocket reached MECO. At that point I went back into the office and reflected on what I had seen.

Witnessing history, the first launch of this new Moon rocket, was exciting. What hit me most was the feeling of pride in celebrating this technological achievement. It was reminiscent of what I felt seeing the launch of STS, which occurred on the same date thirteen years ago. I know the Artemis program and specifically the SLS have been subject to controversy and a great deal of public scrutiny, especially related to the long delays and costs. I put all of that aside and focused on the fact we were on our way back to the Moon and I wanted to pay tribute to the thousands of dedicated engineers, scientists, technicians, and other space professionals who have put us on this path. Ad Astra Artemis I!

A wider view of the exciting terrain around here is shown below. 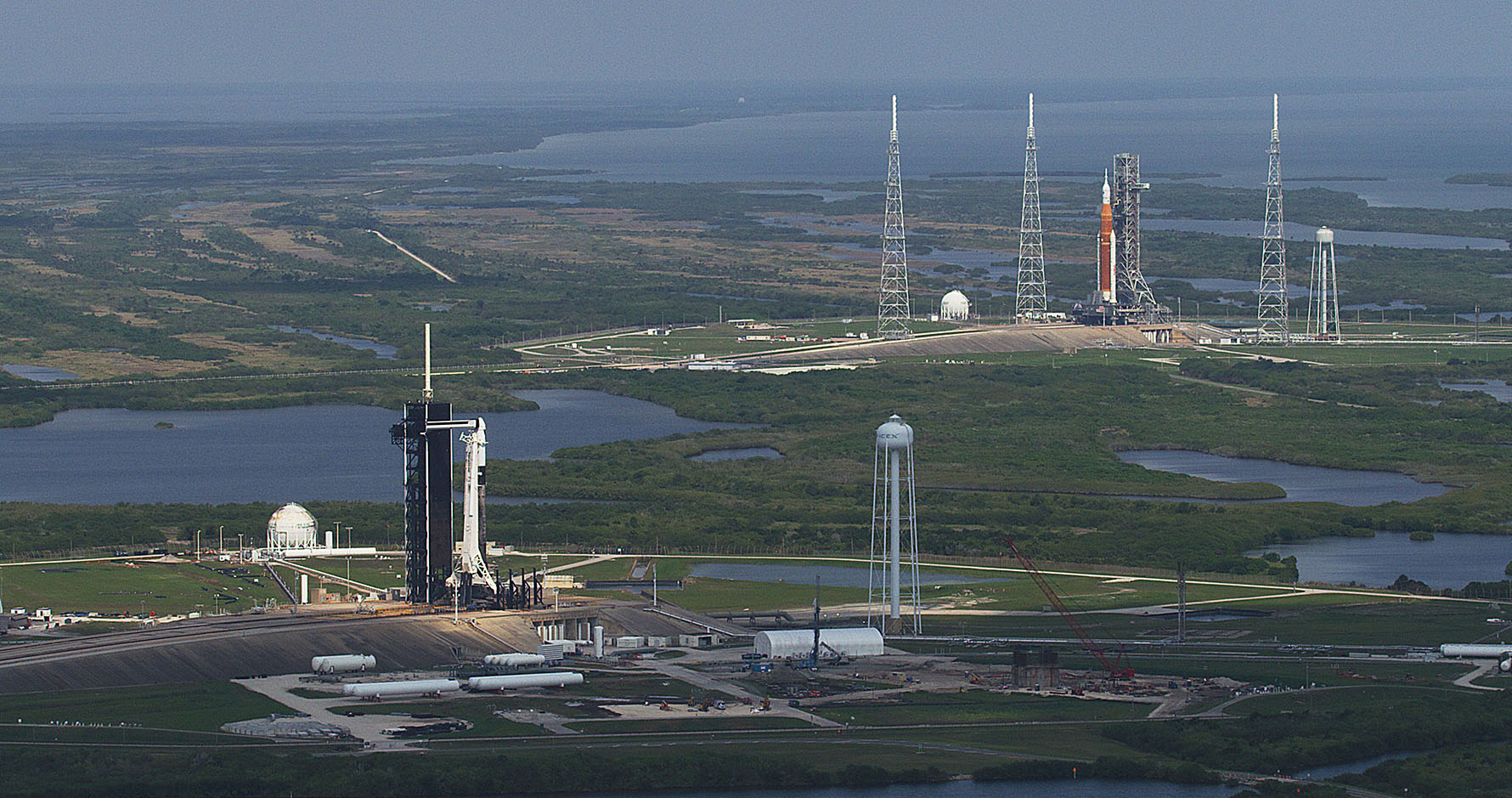 Description: SpaceX’s Axiom-1, the first private astronaut mission to the ISS, is in the left foreground on Launch Pad 39A with NASA’s Artemis I in the right background on Launch Pad 39B on April 6, 2022 (two days before the successful launch of Axiom-1). This is the first time two totally different types of rockets and spacecraft designed to carry humans are on the sister pads at the same time—but it won’t be the last as NASA’s Kennedy Space Center in Florida continues to grow as a multi-user spaceport to launch both government and commercial rockets. Photo courtesy NASA.