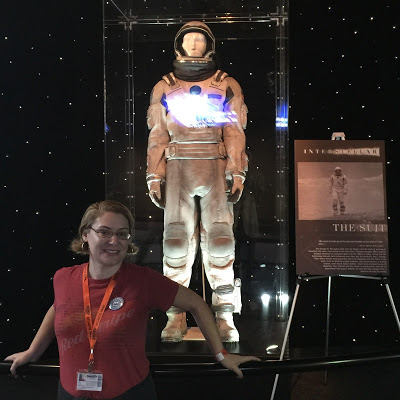 Did you miss me? 2014 photo at Kennedy Space Center, me with the Interstellar spacesuit.
SO I LIED. I said I wasn’t going to update this space any longer, but old habits die hard, I guess, and I’m sick of being shy lately. At any rate, there are a great many wonderful spaceflight books that have debuted in 2015. Disclaimer: The ones I’m not giving capsule summaries/reviews of here I probably haven’t read or ordered yet, but here is a selection that I’ve had the opportunity to sample this summer.
At long last, here is This Space Available’s Summer 2015 Spaceflight Book Roundup.
Note: These capsule reviews reflect my opinions only.
Do you have any newer spaceflight books you’d like to recommend? Please feel free to do so in the comments, and happy summer reading!