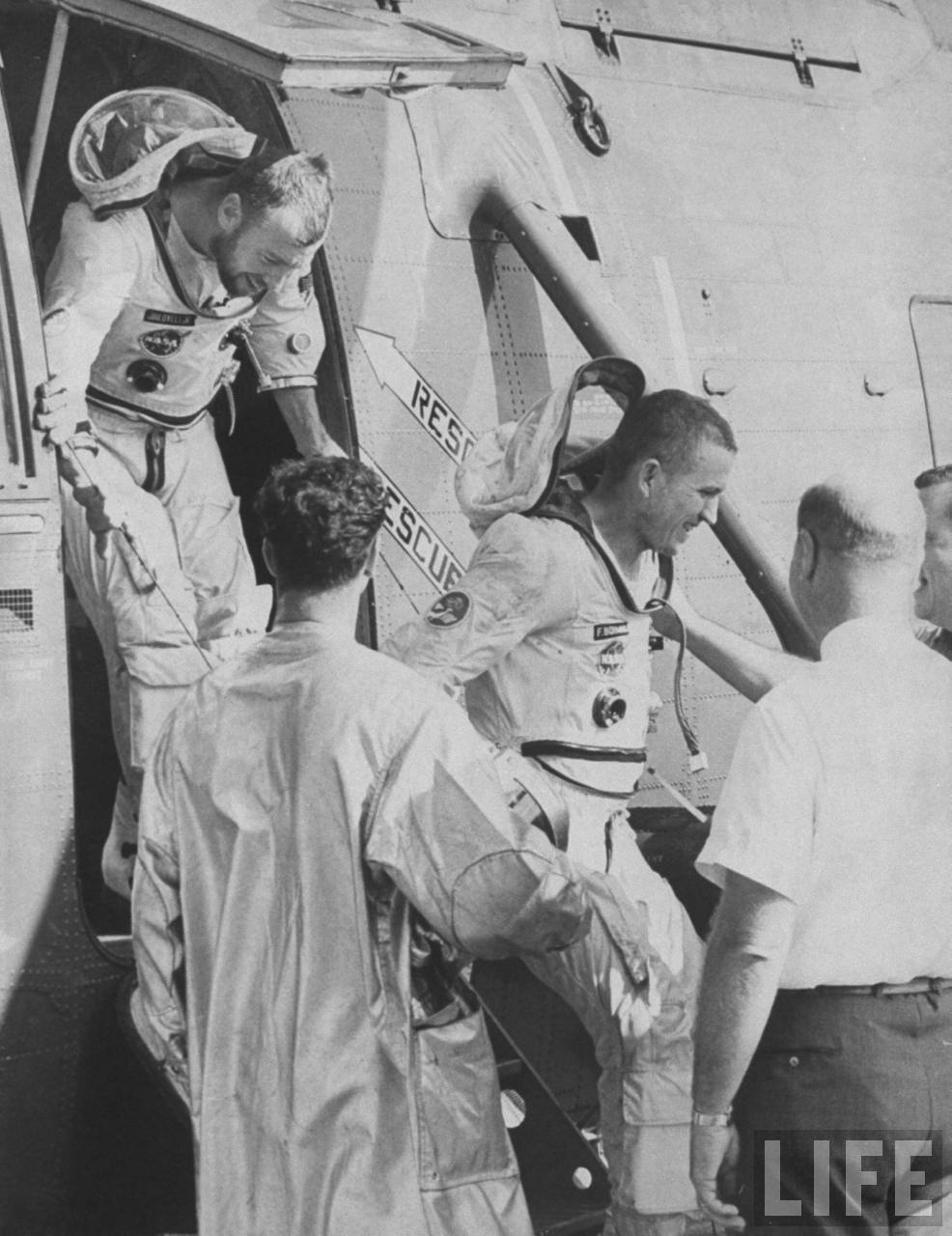 I can smell them from almost 46 years back. Gemini 7 returns from spending two weeks in a floating toilet, December 18, 1965. Life magazine photo.
So, I’ve decided to start reviewing missions on a five-star scale now, because obviously astronauts know a whole freakin’ lot about stars. Anyways, I’ve decided to start with Gemini 6A and Gemini 7.
Let’s start with the “pros” about these missions. First, Gemini 6A and Gemini 7 accomplished the first manned spaceflight rendezvous ever; also, one of the first occasions of one crew blatantly trolling another crew occurred during these missions (Wally Schirra placed a “Beat Army” sign in Gemini 6A’s window to mess with Gemini 7’s Frank Borman’s most likely already rage-filled mind).
Gemini 7 also produced a lot of interesting “data” during its then-unsurpassed 14 days (14 days inside THE INSIDE OF A VW RABBIT, if you get my drift) in Earth’s orbit. Gemini 7 proved to flight surgeons that: 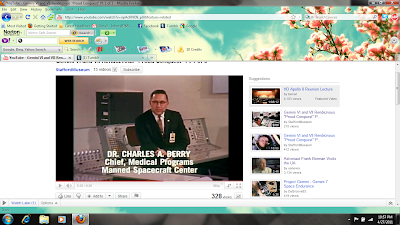 “‘Gemini 7 was a medical mission,’ says Dr. Charles A. Berry, flight surgeon.” NO REALLY? THANKS FOR INFORMING ME! From NASA’s Gemini 6A – 7 film, mid-1960s.
Also, Gemini 6A boasted Tom Stafford and Wally Schirra looking crazy in their crew portrait, which I’ve already discussed at length.
Some cons about these missions: Gemini 6A had a launchpad abort, which was kind of terrifying for everyone involved since there was legitimate worry about the spacecraft’s Titan II rocket exploding on the pad. (Thank God, this did not happen.) Command pilot Wally Schirra wisely opted not to eject from the capsule, and the mission was back on track within three days. Also…the smell inside Gemini 7. Frank Borman allegedly lost his toothbrush, and had to borrow Jim Lovell’s for the remainder of the two-week long claustrophobia nightmare. I am sure Lovell was a pretty clean, healthy guy, but still…sharing toothbrushes. When those two poor guys emerged from their long ordeal onto the flight deck of the USS Wasp, they walked sort of like your octogenarian next-door neighbor coming home from a tequila bender (a.k.a. NOT well).
Yeah, so even with all of those cons, I’m going to have to give Gemini 6A – 7 a resounding five stars, because damn that sounds like a mess. Those guys did it first so we didn’t have to.
Gemini 6A: December 15 – 16, 1965
Command Pilot – Wally Schirra
Pilot – Thomas P. Stafford
Gemini 7: December 4 – 18, 1965 (14 FREAKIN’ DAYS!)
Command Pilot – Frank “Guinea Pig” Borman
Pilot –  James A. Lovell 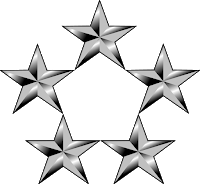