To io9: You All Forgot About John Young Farting on the Moon 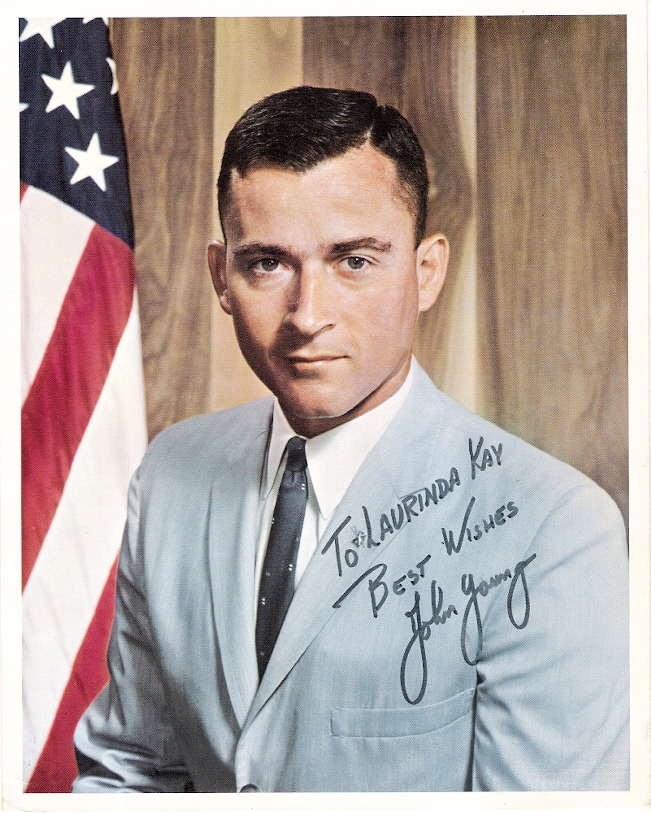 “To Charlie Duke…I am so sorry. My best, John Young’s GI Tract.” NASA photo.
Recently, the great web site io9 published some Very Important Information about what happens when astronauts fart in space. While this is a great piece, let’s talk about some poopular digestive problems which some astronauts publicly encountered during their forays into poopdom history.
We’ve all heard about some astronauts encountering space sickness (the most famous offenders: Frank Borman’s Apollo 8 Seconal barfs, Rusty Schweickart’s Apollo 9 general grossness and Sen. Jake Garn’s barf-tastic shuttle flight in the 1980s). However, this problem isn’t really food-related as much as being related to motion sickness. The inner ear can be really sensitive to weightlessness and sudden changes in G-forces, which is why everybody ever at NASA puked on the MASTIF trainer and the “Vomit Comet” parabolic flight plane. After Skylab 2, Dr. Joe Kerwin famously barfed his guts out after splashdown due to motion sickness, which is pretty understandable. I am a macho chick and I’ve puked after swimming. Enough said.
Allegedly, Apollo 12 astronaut Alan Bean took so much Imodium before his 1969 flight that he didn’t poop for eight days. Bean made it abundantly clear that he did not want to leave any “gifts” in space. I believe Bill Anders of Apollo 8 did something similar and ate an extremely low-residue diet so he wouldn’t produce any Space Gifts. How can you all expect me to talk about poop seriously? Come on. Everybody poops!
Some astronauts were much more public and less ashamed of their space-induced bodily function changes. The best example of this is John Young during Apollo 16, who allegedly was trolling Charlie Duke with his farts for days on end. I will link this video until the day I die. I’ve written extensively about this before and I will continue to write about it for the rest of my life, since this may be the most hilarious thing to ever happen in space.