Vintage Shuttle Astronauts: Tan Astronaut Is Tan – Bob Crippen (…But Who Else?) 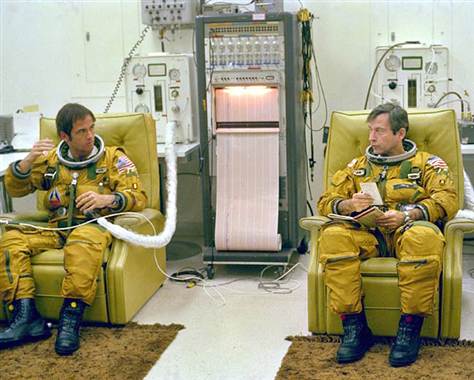 Bob Crippen did not discover self-tanner, but he certainly must have discovered something to “extend and prolong that St. Tropez tan.” Bob and John Young get ready for STS 1, 1981 NASA photo. 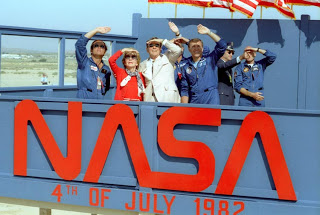 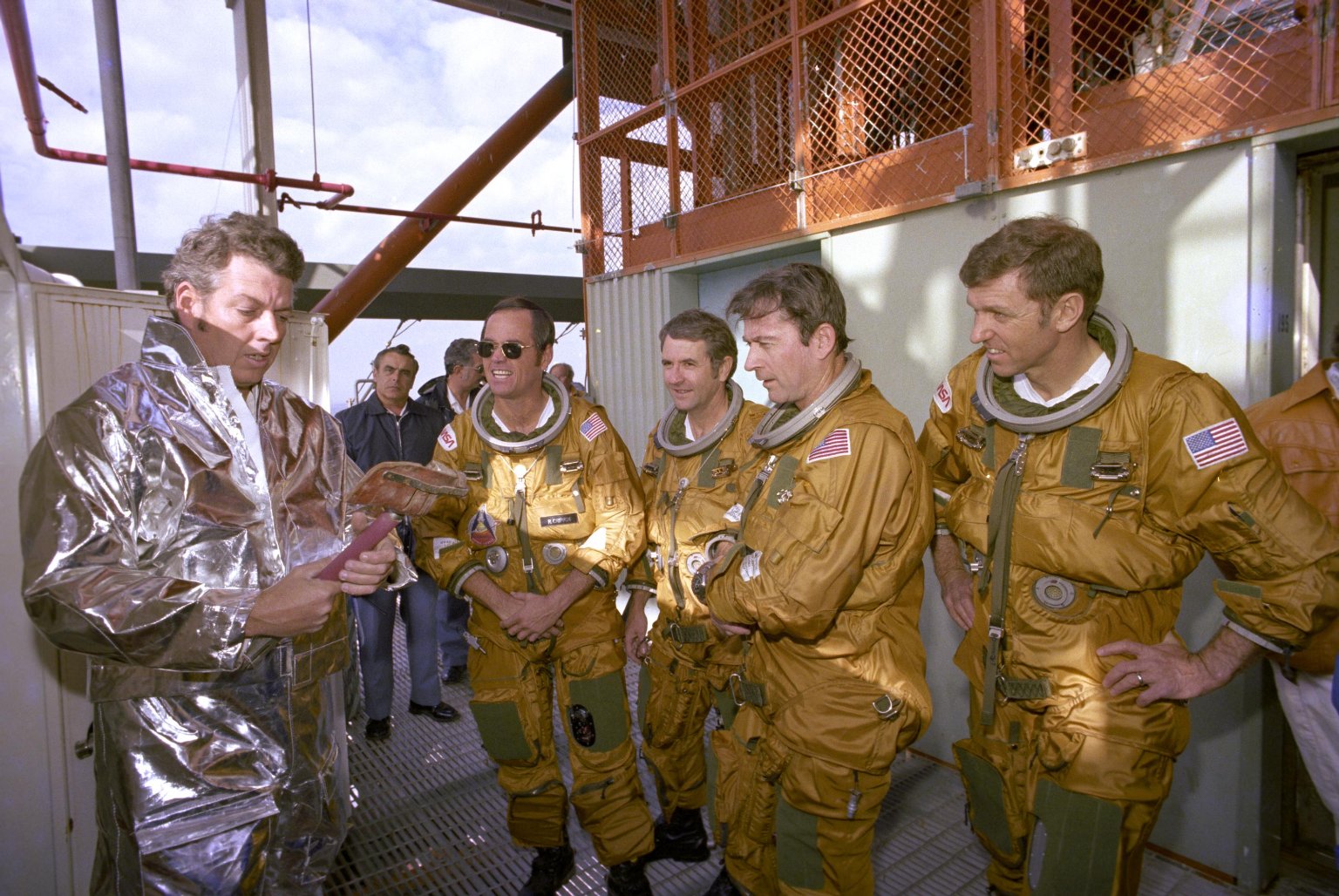 …And also this. Crippen, Richard Truly, John Young, and Joe Engle. 1981 NASA photo. Because this is a serious blog about science. 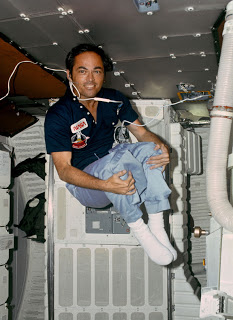 Oh yeah, I thought I would throw this in, too. Bob overpowers the shuttle Columbia’s environmental control system with Hawaiian Tropic. 1981 NASA photo.
Now that the shuttle program is winding down to its end, it’s time to reminisce about the very first shuttle astronauts who pioneered the world’s first reusable space vehicle. So let’s discuss the pilot of STS 1, Robert Laurel Crippen (or “Crip”). A U.S. Navy test pilot, he was part of Astronaut Group 7 in 1969 (which also included STS 2’s pilot, Richard Truly). In 1978, Crip and John Young were named as the first two astronauts to test-drive (so to speak) the then-experimental space shuttle. Before that, in 1972 he was part of a crew called SMEAT which functioned as sort of a long-duration “let’s pretend we’re in space!” Skylab prototype; he also was on the support crews for the Skylab and Apollo-Soyuz missions.
Crip is also well-known within the NASA fan community as having perhaps the most ubiquitous “natural glow” ever. In contrast, in some Gemini 3 press clippings from 1965, John Young was described variously as being “swarthy” and as having a “dark complexion” (probably because he’s a naive Florida boy at heart, and didn’t know what SPF was until Gus Grissom told him that it existed). Crip makes John Young look like Gwen Stefani in comparison. That should tell you how tan Bob Crippen is.
Bob Crippen went on to fly four shuttle missions in total during the 1980s. Other than perhaps Pete Conrad, inexplicably he was the only astronaut ever to maintain a tan in space. Which leads me to believe that Bob Crippen isn’t real.

To read more about Bob Crippen’s career (and not about his unbelievable astro-tan), check out this NASA link.