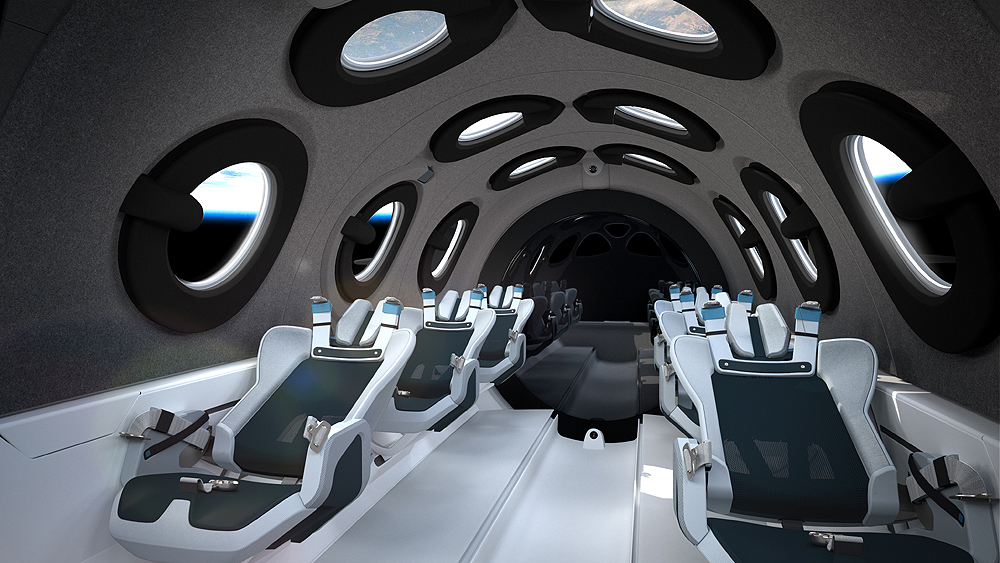 After an extended pause Virgin Galactic (VG) successfully resumed suborbital flights to space this past Saturday May 22, 2021. This was the third spaceflight of the SpaceShipTwo VSS (Virgin SpaceShip) Unity spaceplane and the first from the company’s new spaceflight operations center in Spaceport America, New Mexico.  Taking off from the spaceport about 8:30am MDT the carrier aircraft VMS (Virgin Mothership) Eve, piloted by Kelly Latimer and Michael Masucci, flew for almost an hour up to a release altitude of 44,000 ft. VSS Unity then switched to its own power and was released from VMS Eve. VSS Unity pilots C.J. Sturckow and Dave Mackay fired up the spaceplane’s rocket motor accelerating the craft almost straight up at Mach 3 and about 3.5G, reaching an apogee of 55.45 miles (89 km; 293,000 feet), well above the space boundary of 50 miles altitude recognized by U.S. federal agencies.

At apogee the pilots rotated the Unity’s feathering tail booms upward in preparation for re-entry into the atmosphere. This also rotates the craft to face towards Earth, which will give upcoming suborbital space tourists a wide view of our planet’s curvature in the blackness of space and of colorful New Mexico below. 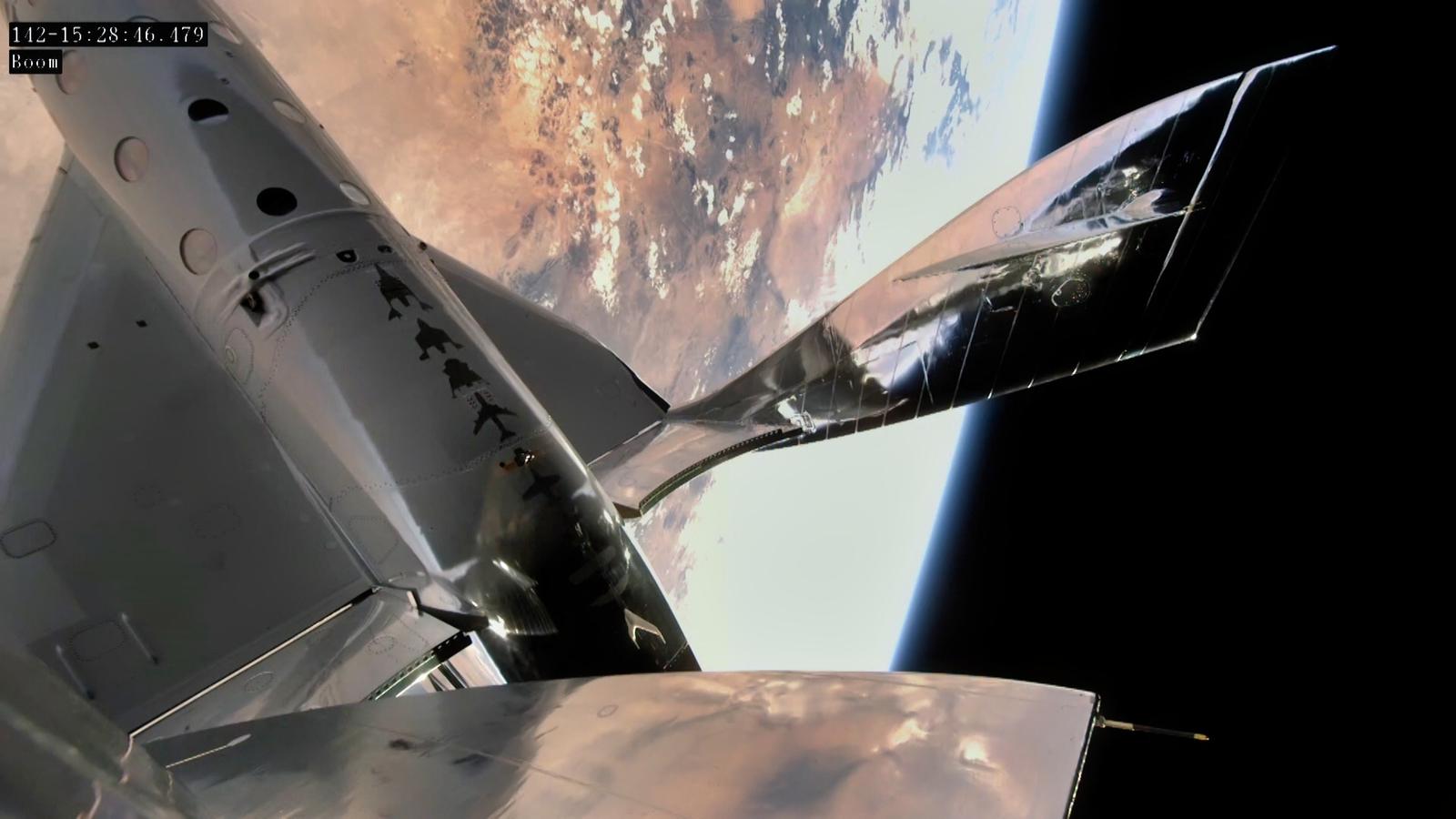 After several minutes of zero gravity the pilots guided VSS Unity in its unpowered glide back to Spaceport America, landing safely about an hour and a quarter after leaving.  A video with sound of the flight is available with ascent and in-space scenes, including views in and from the cabin, and the return glide back to Spaceport America where Sir Richard Branson and VG staff welcomed the craft home. A Fact Sheet (PDF) is available with specs of the spaceflight system and flight profile.

This marks the first human spaceflight from America’s newest spaceport, Spaceport America in New Mexico, now the third state to host human spaceflight.  In honor of this threshold event the Zia Sun Symbol from New Mexico’s state flag was placed on the outside of VSS Unity. Sir Richard Branson, founder of Virgin Galactic afterwards said, “Fifteen years ago, New Mexico embarked on a journey to create the world’s first commercial spaceport. Today, we launched the first human spaceflight from that very same place.” Governor Lujan Grisham said: “After so many years and so much hard work, New Mexico has finally reached the stars. Our state’s scientific legacy has been honored by this important achievement.”

This was the first of four spaceflights scheduled for 2021. After expected review of data and post-flight inspection of both VMS Eve and VSS Unity the next mission to space will carry four employee passengers in addition to the usual two pilots to check the cabin and procedures for upcoming paying passengers. Following that will be a test flight with VG founder Richard Branson onboard. And finally for 2021 will be a revenue generating flight carrying research experiments and several accompanying passengers for the Italian Air Force.

The first routine commercial trips with tourist astronauts will then start in early 2022 after several months of planned maintenance on the vehicles.

Saturday’s trip marked exactly twenty-seven months since the previous powered suborbital spaceflight took place on February 22, 2019, a hiatus consisting of both intended and unintended pauses. The flight had been scheduled for this past December, 2020, but was aborted when Unity’s rocket motor ignition was automatically shut down due to unexpected control computer electromagnetic interference (EMI). The pilots guided the spacecraft back to the spaceport for a safe but early landing. This led to an unscheduled delay of several months.

However, during the hiatus numerous planned steps were taken to prepare for commercial operations:

Per Virgin Galactic’s First Quarter 2021 Financial Results announcement of May 10th, “Total Future Astronauts remained at approximately 600..” each having paid between $200,000 and $250,000 per ticket. During this year ticket sales will resume at about the time of Sir Richard Branson’s flight but at a higher price. With over a $600M in cash reserves, two new spaceplanes under assembly and beginning testing, and with spacecraft design, manufacturing, and spaceline operations continuing development, management is confident that ticket sales will increase, revenue flights will initiate and cadence increase to bring the company to profitability.

In the suborbital space tourism market competitor Blue Origin recently announced their first paying tourist astronaut will fly on the New Shepard/RSS First Step reusable rocket system on this coming July 20th, the fifty-second anniversary of the Apollo 11 landing on the Moon. The company put the seat up for public auction. The current high-bid stands at $2.8M. Ongoing ticket sales are expected to commence at $500K to $1M each. This will mark the first time Blue Origin has flown a person to space.

So, while Blue Origin may claim to be the first to carry a paying suborbital tourist astronaut to space this July, Virgin Galactic has flown four pilots on three flights to space as well as one employee passenger on the previous flight in December, 2019.