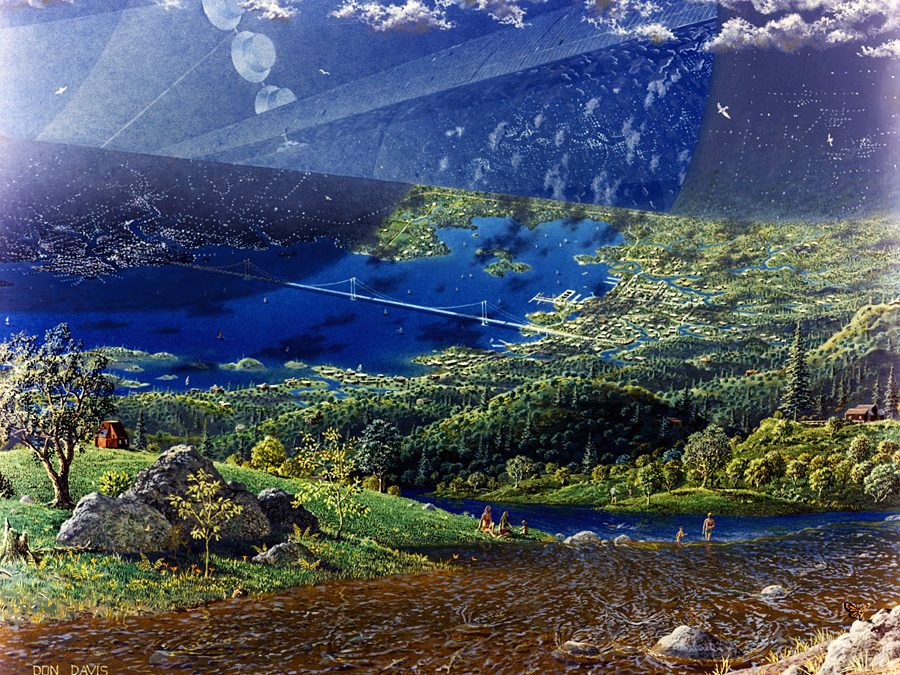 In this series’ previous article, Dr. Gerard K. O’Neill had just been diagnosed with chronic lymphocytic leukemia (CLL), a rare bone marrow cancer. Once this diagnosis had been made, O’Neill dove into tackling the disease with his trademark practicality and tenacity; in a May-June 1992 Space Studies Institute (SSI) tribute, his own medical practitioner, Dr. Harvey Rothberg, discussed his patient’s optimistic approach to a terrifying diagnosis. Rothberg noted O’Neill’s “intense intellectual curiosity; he wanted to know everything there was to know about chronic lymphocytic leukemia,” his “meticulous and compulsive records of his medical progress and treatment…[i]n 30 years of practice, no other patient ever began to approach Gerry’s detailed analytical record-keeping, including graphs,” and “his courage in adversity, and his almost constant grace and good humor, which made life easier for those around him.”

O’Neill seems to have wholeheartedly embraced conventional medicine, which likely was a big factor in extending his life seven years beyond his diagnosis; while great advances have been made in treating bone marrow cancers, in 1985 a leukemia diagnosis often meant patients affected had to undergo very painful treatments, sometimes to little or no avail. Sometimes, an appropriate treatment didn’t even exist. This bears mentioning because as we will see in a future article, his former colleague, Dr. Brian O’Leary, developed a very different approach to treating chronic and ultimately terminal illness.

But back to O’Neill: despite his health challenges, he continued to live his life fairly normally – he still taught classes, wrote articles, enterprised his strategies for “opening The High Frontier” (his language), and did his best to get Geostar, his location tracking invention that pre-dated civilian use of GPS, literally off the ground and into geosynchronous orbit. A physics colleague, Don Coyne, remarked upon O’Neill’s remarkable constitution despite fighting a disease that no doubt regularly fatigued him in the aforementioned 1992 SSI tribute:

He showed us how much can be accomplished in an all-too-short life, both in the intellectual sphere and in the equally important area of living life to its fullest. A prosperous middle-aged friend of mine, commenting on these abilities of Gerry’s, said, “He accomplished more in the seven years after he became ill than I have in my whole life!”

However, while he fought a health-related war privately, another, more public war would be waged in the effort to keep Geostar alive. A pre-diagnosis 1984 COMPUTE! Magazine interview showed O’Neill to be typically optimistic about his company’s endeavors: “It’s been very positive so far. All the heads are nodding together. Many, many industries have come to us and said that we are going to help them a lot. In fact, it’s amusing. Many industries knock on our door, and the guys come in and say, ‘How did you know to design a system that is exactly what we’ve been looking for?’ The land transportation industry, trucking companies, police departments, fire departments, taxi services…in the long run, anybody.” He added, “So far, the company has met all of its milestones. We are looking to begin service to the entire continental United States in 1987.”

However, according to a summary of the company by the Smithsonian Air & Space Museum (which houses Geostar’s records and O’Neill’s papers), “From the beginning, however, Geostar faced many conflicts and problems which eventually proved to be fatal for this fledgling company. Following [O’Neill’s initial leukemia] recovery, a disagreement over proxies arose between O’Neill and his company, and a lawsuit ensued.” The company did launch several payloads with limited success, but the company continued to splinter as O’Neill’s health declined. By 1991, Satellite News was reporting that “[it] has learned that Iridium Inc., a Motorola affiliate, and Comsat Corp. have purchased the assets of ill-fated, Washington, D.C.-based Geostar Corp. at a bankruptcy auction proceeding late last week.” Despite Geostar’s problems and ultimate dissolution, O’Neill’s patent is still recognized as a watershed moment in global positioning technology, and undoubtedly influenced more modern uses of GPS. Who hasn’t used a map app on his or her phone to find an elusive location, and how many thousands – if not millions – of people have used a smartphone to determine their location after their vehicle breaks down?

Despite this very public setback, O’Neill wasn’t the type to hang his head in shame, or disappear, evading questions; Coyne would remark in his tribute, “He also showed me repeatedly how to keep organized and collected under fire, and how to bounce back from personal or scientific setbacks. (When a physics experiment was in crisis, and we were all losing our heads, Gerry would sit down at the lab desk and start squaring up the papers and pencils, getting his mind disciplined for the ordered dispatch of our troubles.)”

O’Neill also continued to promote his space settlement visions through a series of conferences. One of his talks was recorded circa 1988, and is still available to watch on SSI’s YouTube channel. Called “The Vision Uncut,” it shows him looking remarkably well and energized despite his chronic leukemia. Those with chronic illnesses know that sometimes one has to be a great actor, betraying any inner feelings of sickness, and here, O’Neill is killing it. His lecture ends on an almost romantically positive note, with him stating, “You are the people who are going to make it happen…it really is a revolution.” (His deceptively healthy appearance, too, is in contrast to many of his former colleague O’Leary’s public appearances during his last decade.)

Perhaps the most poignant remarks made by O’Neill in this lecture involve him invoking his followers to “keep up our courage, keep up our guts…even the enthusiasts can be far too conservative about how long things are going to take…almost anything can be done in a ten year period if we set our minds to it.” As he referenced Konstantin Tsiolkovsky’s rather conservative estimations concerning deep space travel and how Apollo ended up succeeding in less than a decade’s time, the viewer can’t help but be swayed, or at the very least inspired, to think about humanity’s future in space.

O’Neill’s reference to “a ten year period” is also poignant in that his time on Earth, unfortunately, was limited, and drawing to its close. Seven years post-diagnosis and less than four years after this talk, O’Neill would succumb to CLL on April 27, 1992. However, his story didn’t end with his death. We will see in future posts how his followers and supporters would continue his life and vision posthumously. In addition, we will catch up with Brian O’Leary, whose career would continue to diverge wildly from that of O’Neill’s, and who would deal with personal adversity and illness very differently.