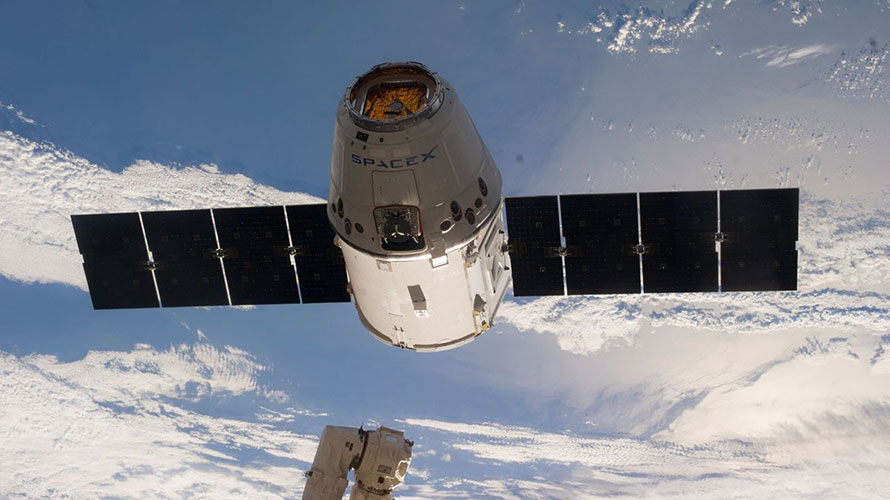 By Dale Skran (with a thank you to Stan Rosen, Randy Gigante, Hoyt Davidson, and Bruce Pittman for their suggestions!)

A long time ago, the National Space Institute, one of two predecessor organizations (along with the L5 Society) to the current National Space Society, ran regular articles titled “Space Basics” in its magazine. That time is decades past, but the need for education about basic space ideas continues to be salient. Most people know the answers to questions like “Can humans survive in space?” thanks to the good work of NASA and other space agencies around the world as well as groups like the National Space Institute. However, new questions arise that have less well understood answers. One of these concerns the term “commercial space.”

Looking to the dictionary reveals a variety of flavors of how the term “commercial” is used, including that it refers to an intention to make a profit, or something that is targeted for a large market. None of the Merriam-Webster definitions help us to understand why the term “commercial” can be controversial when applied to space activities.

The government maintains a set of acquisition regulations called FAR, for Federal Acquisition Regulations, which state that a commercial product is of a type customarily used by the general public or by non-governmental entities for purposes other than governmental purposes, and is sold or offered to the general public. Pretty much everything you or I buy is a commercial product according to this definition, but since most space related products are purchased by governmental entities, those products would not be considered “commercial.”

With the rise of companies like SpaceX, Planet Labs, Rocket Lab, and Virgin Galactic, there has been a lot of excitement about “commercial space” and how it is moving us forward to a better, bigger future. Some even describe NASA as obsolete. Others assert that Lockheed, Boeing, and Aerojet are just as “commercial” as SpaceX, and point out that NASA always contracted out the building of its rockets to private industry.

In some sense the major aerospace companies like Boeing and Lockheed are surely “commercial” when viewed from the viewpoint of the dictionary. They are corporations listed on stock exchanges. They build products, and sell them for a profit. Companies like SpaceX may be privately held, but they raise money on the capital markets just like Boeing and Lockheed, and they also build products that they sell for money. However, when viewed by the FAR definition, only a limited set of space companies such as Virgin Galactic, DirectTV, and SiriusXM are “commercial” in the sense that they sell mainly to the general public.

There is another definition of “commercial” that is less well known, but remains highly relevant to this discussion. The Obama-era National Space Policy dated June 28th, 2010 says on page 10 that:

The term “commercial” for the purposes of this policy, refers to space goods, services, or activities provided by private sector enterprises that bear a reasonable portion of the investment risk and responsibility for the activity, operate in accordance with typical market-based incentives for controlling cost and optimizing return on investment, and have the legal capacity to offer these goods or services to existing or potential nongovernmental customers.

This definition is of particular interest since it includes “aspirationally” commercial companies who may not actually be selling goods or services to the general public—yet.  It is under this definition that Commercial Crew and Commercial Resupply Services can be described as “commercial.” It should be noted that both of these examples are a bit of a chimera in that the Falcon 9 booster which is part of both service offerings is generally available to and used by non-government customers. However, the Dragon capsules that carry crew/cargo to the ISS are only “aspirationally” commercial in the FAR sense, but would meet the Obama era definition of commercial products.

So, what are folks excited about when they talk about “commercial” space? There are at least two things—contracts and strategies.

The traditional aerospace vendors mostly or in some cases exclusively work for the federal government, typically the Air Force and NASA, but also NOAA, NSA, NRO, etc. Such work is usually done on what is called a “cost plus” basis. Under a “cost plus” contract, if a project costs more than predicted, the contractor gets more money to cover the extra costs. Typically, government work involves following a vast array of specifications and regulations, to the point that meeting a mind-numbing list of sometimes obsolete non-performance-based requirements takes up a significant part of overall costs. Additionally, although there may be a competition to get a contract, once the contract is signed it often becomes a “sole source” contract. This means, in practice, that the government is frequently purchasing the product from a monopoly provider who has little incentive to cut costs. This tends to be especially true for space related contracts in which the quantities purchased are often small. To make matters worse, in order to get contracts approved by Congress, vendors strategically parcel the work out to key states to curry the favor of powerful Senators and Representatives. The net of all this is that space vehicles purchased in the above fashion tend to be very expensive.

In the “real,” i.e. non-government world, mostly the above does not apply. Cost-plus contracts are infrequently used. There may be regulations to follow, but companies have large degrees of freedom in how they meet the needs of their customers. Customers prefer to buy from multiple sources precisely to avoid being “held hostage” by a monopoly provider of a product. Finally, instead of spreading work around the country for political gain, companies have more freedom to locate factories and development shops where it makes the most economic sense, often in just one or two locations. It should be noted that companies sometimes do locate facilities for tax subsidies or to avoid tariffs, and these conditions are ultimately driven by politics rather than fundamental economics.

It should come as no surprise that a space company seeking to follow the “non-governmental” commercial rules is able to provide launch vehicles much more cheaply than a company following the “government contracting” rules.

Another key difference is strategy. Most traditional aerospace companies focus mainly or exclusively on the government as a customer. This tends to result in small markets and expensive products. The key to breaking out of this paradigm is for a company to seek mostly or exclusively non-government customers. Although a range of government contracting income can be seen on the balance sheet of various companies, for most so-called “Newspace” companies like SpaceX the non-government customers are at least in the 50% range, and for some like Virgin Galactic virtually all customers are non-governmental.

Someone else might point out that companies like SpaceX are not the first “commercial” companies in the sense of having mainly non-governmental customers—that honor goes to the various companies that build and operate communications satellites in geosynchronous orbit, and a smaller number of corporations like Iridium that operate networks of satellites in other orbits. These companies meet the FAR “customer” test—mostly they serve non-governmental customers. They raise money on the capital markets, purchase launch services and satellites, and operate global networks that provides services which include satellite radio, satellite TV, data communications, and telephony.

The communications satellite corporations (most of them, anyway) are 100% genuine commercial space companies by any definition used. If this is the case, why is so much attention focused on companies like SpaceX, Planet, Blue Origin, Nanoracks, Made in Space, etc.? The reason is that these companies are entering markets where there is some probability that revenue will grow rapidly as launch costs drop.

To propel space development outward on a large scale, we need significantly lower launch costs to enable industries beyond high-orbit communications. In the short term, the most likely candidates for this breakout are the LEO data mega-constellations being constructed by SpaceX, OneWeb, Telesat, and Amazon. Such networks involve so many satellites, and, due to their shorter lifetimes in lower orbits, many more replacement satellites, that to be economically successful they may require the lower launch costs that are on the horizon. Going to the next level beyond the LEO mega-constellations requires looking at space tourism, space solar power, or in-space manufacturing.

Nothing about this suggests that government contractors are “bad” or “obsolete.” Cost-plus contracts will continue to make sense for products like tanks that have no commercial market, or for very high-risk projects like the Curiosity rover. What is becoming increasingly clear is that space operations are in the midst of rapid growth in non-governmental projects, leading to a future in which government funding is a decreasing percentage of overall space activities.

Via the purchase of aspirational commercial services, governments can play a key role in the development and settlement of space. NASA support for Commercial Resupply Services (CRS) to the ISS is an excellent example of this.