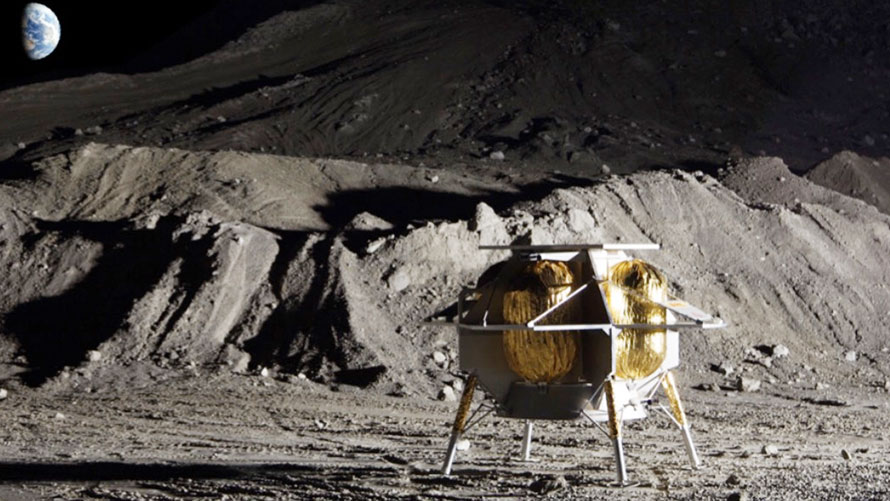 A Small Announcement May Have Large Consequences for Space Development

The National Space Society (NSS) enthusiastically supports NASA’s September 10 announcement to purchase Moon rocks from commercial companies. As part of its Artemis lunar program, NASA will pay a participating company to collect a small amount of Moon soil or rocks from any location on the lunar surface, and to provide image-based proof of the sample to NASA along with data identifying the collection location.

The samples do not need to be returned to Earth; they merely need to be placed in a container and left on the Moon. NASA will purchase the samples for between $15,000 and $25,000, and the company will conduct an “in place” transfer of ownership of the lunar material to NASA. As part of its Commercial Lunar Payload Services (CLPS) program, NASA has enlisted various companies to develop small robotic lunar landers. Two of the companies, Astrobotic and Intuitive Machines, plan to make the first lunar landings with their spacecraft in 2021 and could be the first two companies to complete the transaction. NASA requires that all such collections be carried out with full transparency and in compliance with the Outer Space Treaty of 1967.

NSS Chair of the Executive Committee Dale Skran observed, “We should not misconstrue the small sample quantities and dollar amounts—this is a brilliant move by NASA that sets a precedent with far-reaching consequences. Economic sustainability in space cannot be achieved without leveraging private companies, and even these small transactions between NASA and commercial enterprise can potentially lead to a lunar marketplace open to all countries and benefiting everyone on Earth. Learning how to utilize on-site resources for civil and commercial activities will enable the exploration of the Moon, Mars and beyond.”

NSS Executive Vice President Alfred Anzaldúa added, “NASA’s willingness to purchase on-site resources from private companies in connection with the Artemis program and Artemis Accords will position this policy on a path toward becoming norms and customary practice, which will then become the basis for future space law. What is being established is the ability for one party to mine a resource on the Moon, and then legally transfer for payment what is mined to another party on Earth, and in the future, elsewhere in the solar system.”

Image: New, commercial lunar landers such as this one from Astrobotic may allow for the sale of lunar samples to NASA as early as 2021. Credit: Astrobotic.