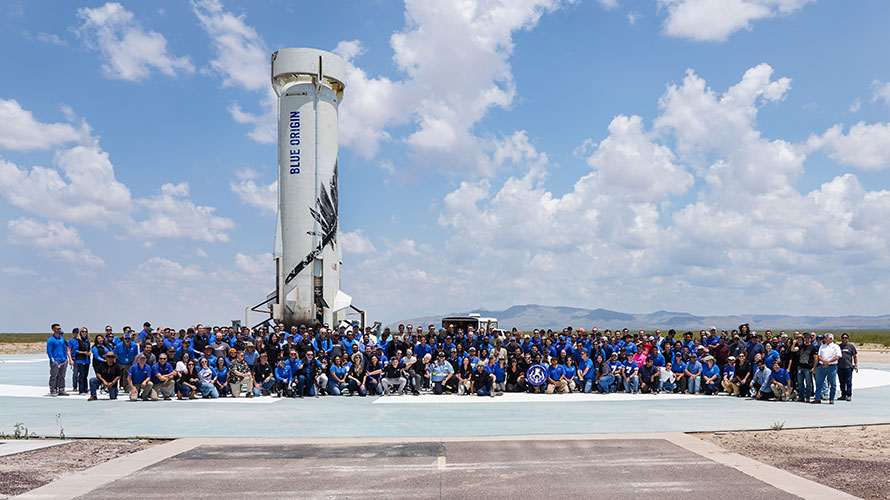 The age of space tourism at long last dawns for a second time (the first dawn consisting of those orbital tourists launched by the Russians a while back). But after Richard Branson’s flight on SpaceShipTwo July 11, 2021, and Jeff Bezos’s New Shepard suborbital jaunt July 20th, the boos, hisses, and catcalls from the various directions assault our senses when we venture forth into the unmoderated Internet. Although the virtues of space tourism can seem self-evident to the seasoned space advocate, they bear repetition.

Space Tourism is Price-Elastic with Regard to Launch Costs

Many space applications have the unfortunate characteristic that a 10% drop in launch costs does not translate to a 10% increase in mass launched to space (for example, geosynchronous communication satellites). Space tourism has long held out the promise that the volume of tourists launched could increase at least linearly as prices dropped, leading to a virtuous circle. In this virtuous circle, a given level of tourist traffic to space would justify additional investment in reduced launch costs, which in turn would lead to more tourist traffic to space, which would drive further reductions in launch cost, and so on. At some point launch costs get low enough that large scale space development and settlement can begin in earnest. It is now starting to look like LEO Mega-constellations may be another application that is price-elastic with regard to launch costs, but the more the merrier to drive down launch costs as fast as possible.

Space Tourism Connects People to Space in a Personal Way

Some voices now are opining that space tourism is only for an elite of “billionaires and millionaires,” which is certainly true for the moment. This kind of reasoning ignores two key facts. First, the current tiny group of government trained and paid professional astronauts is far more elite than the population of “rich tourists.” An ordinary person is far more likely to make a few million than to become a NASA astronaut. Second, as the volume of space tourists increase, and the cost of going to space drops, the price of a ticket to orbit will drop as well. There is no fundamental physics or engineering reason that the cost of orbit should be much different than the cost of flying to Australia from New York. At that point anyone in the middle class of a developed country could afford a vacation in an orbital hotel. Just the possibility of a future in which most Americans could vacation in space will allow the average person to connect to space in a much more personal way than is currently the case.

Those people with their hair on fire over Branson’s ride to space often claim that there is something particularly pointless and even evil about space tourism as a way to spend money. In fact, the truth is quite the opposite. Space tourism has all the real benefits of any other industry that caters mainly to the rich, such as yacht construction and operation. These industries employ large numbers doing real, well paid, honest work, e.g., building yachts. Space tourism holds out the same promise, but more so, since as space tourism drives down launch costs, all space resources become more potentially available to a mass market. The real benefit of space tourism comes when it has driven down launch costs to the point that inexpensive clean energy from space is available pollution-free everywhere on Earth.

It is easy to look at SpaceShipTwo and New Shepard, and point out how technically insignificant these vehicles are compared to the Falcon 9, Falcon Heavy, and the still in development Starship/Superheavy. But right now, suborbital tourism is at a price point far less than orbital tourism. This will allow a far larger audience to connect personally to space, and there will be real value in the technology developed to make it happen. Here the Blue Origin New Shepard holds out the greater promise compared to Virgin Galactic’s SpaceShipTwo. The New Shepard sports a highly reusable liquid hydrogen-liquid oxygen engine (the BE3) that will eventually replace the Space Shuttle main engines as the most reliable engine of its type. The BE3 engine powering New Shepard will directly see usage in the second stage of New Glenn, and perhaps in other vehicles yet to be built, including those that fly only in space. Additionally, it is apparent that a great deal of energy has been expended by Blue Origin to make New Shepard reliable and safe for humans to fly in. Again, this technology will be re-used in orbital tourist vehicles to come. The path forward for SpaceShipTwo is gauzier, with its less reusable and more polluting hybrid engine, but assuming the market expands, it will eventually be replaced with a less polluting, more reusable vehicle. The good work of Virgin Orbit suggests a taste of what might be possible.

Space Tourism Will Not Be a Pollution Disaster

It is possible to accept all the benefits above, and still express concern about the potential that a really successful space tourism industry will pollute the air and contribute to global warming. Fortunately, Blue Origin’s New Shepard produces only water as an exhaust, so neither is going to be an issue even if there are 1,000s of flights per year. Some have claimed that space tourism will be more polluting per passenger mile since there are fewer passengers per vehicle at the current time, but (a) New Shepard has zero carbon/zero pollution, and (b) over time space tourism vehicles will grow in capacity, just like airliners did. The Virgin Galactic engine is more problematic, but will most likely be replaced by a more sustainable engine before flight volumes become large. Some might be more worried about SpaceX’s StarShip/SuperHeavy driving global warming when used for point-to-point travel on the Earth, and for space tourism. Elon Musk has declared his intention to produce the methane fuel it uses directly from the atmosphere using solar power, assuring that the fuel cycle is carbon-neutral. In terms of air pollution, StarShip in a point-to-point mode will to a large degree replace airplanes currently flying while using cleaner burning methane, potentially resulting in less pollution than is the case currently. In any case, trips to space will likely always remain a minor part of point-to-point travel on the Earth. Currently, in the U.S. alone, there are about 5,700 passenger flights PER DAY. Even if we are simultaneously supporting dozens of orbital hotels, building a city on Mars, and constructing a network of space solar power satellites, we will be hard pressed to generate more than a tiny fraction of that traffic level.

So, join me in congratulating Virgin Galactic and Blue Origin on their success, and in wishing SpaceX, Axiom, Space Adventures, and others yet to come good luck as the new age of space tourism powers humanity to the stars.