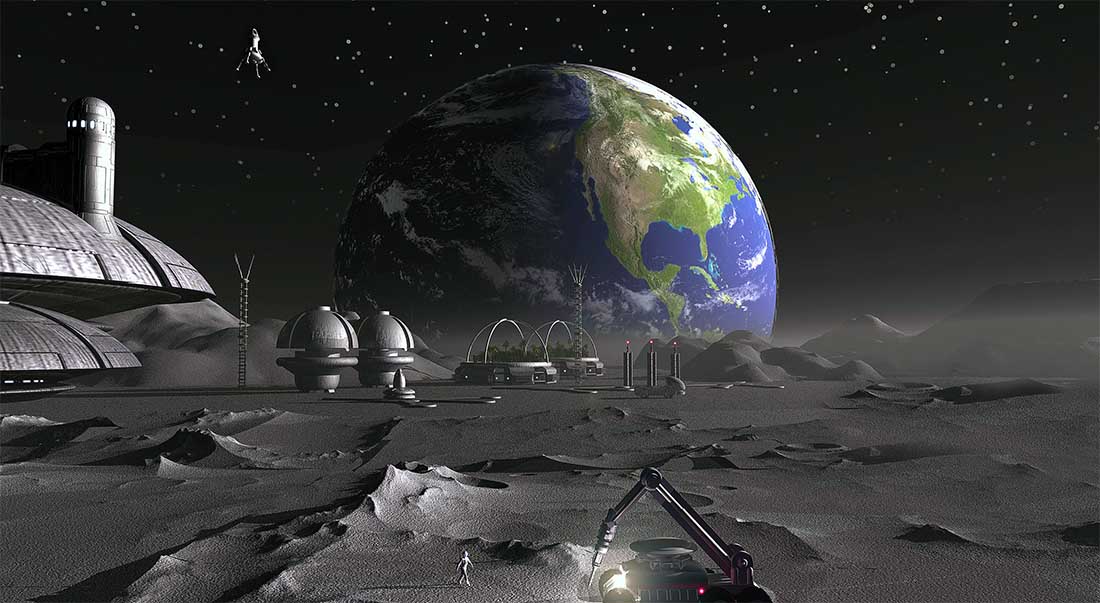 According to NASA Administrator Michael Griffin, “…the single overarching goal of human space flight is the human settlement of the solar system… no greater purpose is possible” (Congressional testimony 2003).

The ideological driver in the mainstreaming process is the growing realization that the Earth’s resources are limited, while—comparatively speaking—the resources of the solar system are vast. For example, the Sun produces over a trillion times the amount of energy currently used by the human race. Less than one part in two billion of this energy reaches the Earth; the rest is radiated into space. Current space solar power proposals, such as those discussed in the Spring 2008 issue of Ad Astra, represent the first steps aimed at tapping some of this energy.

John Marburger, President Bush’s science advisor, made this clear in an important speech when he stated, “President Bush’s [space] vision… is to begin now for a future in which the material trapped in the Sun’s vicinity is available for incorporation into our way of life” (March 2006). Marburger reaffirmed his views in a second speech (March 2008). Marburger received the NSS Gerard K. O’Neill Space Settlement Award for his insight.

NASA is the dominant civilian space organization, and one of the most conservative of such organizations. On its Web site, NASA gave six reasons (dated November 22, 2007) for why we should return to the Moon. A copy of the NASA poster depicting these reasons can be found on our website (PDF 2.1 MB). Of the six reasons, two are of particular importance to us. One of these follows very much in Marburger’s footsteps: “Expand Earth’s economic sphere and conduct lunar activities with benefits to life on the home planet.”

The second of these NASA reasons for returning to the Moon is even more relevant to our goals. It reads as if it were written by NSS: “Human Civilization: Extend human civilization to the Moon to enable eventual settlement.”

These two reasons explain much of the excitement within NSS for NASA’s return-to-the-Moon efforts and our strong political support for the program of which these efforts are a part: the U.S. Space Exploration Policy (formerly called the Vision for Space Exploration).

The fact that NASA is using space settlement as one of its major reasons for returning to the Moon makes a strong statement as to the extent that space settlement has become a mainstream concept.