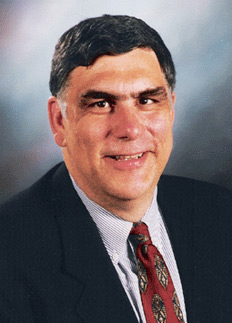 Christopher Pancratz (1950-2003) was a former Chairman of the Executive Committee of the National Space Society who passed away from cancer in 2003. He was on the NSS Board of Directors for six years and at various times served as Vice President of Public Affairs, Director of Strategic Planning, and as Acting Executive Director.

Pancratz also operated a health care industry consulting business in the Northern Virginia area called PAN Development Associates (PANDA), from the late 90s until shortly before his death, in which he was CEO and principal consultant. Pancratz was active in community service, and served on the Board of Trustees of the Jaycees.

During his years of involvement the Society honored him several times. The first occasion was in 2000, when he was named Space Activist of the Year. The second came shortly after his death with the naming of an asteroid after him and NSS’ arrangement to have a portion of his remains flown into space by Celestis. And the last occasion occurred just a few months later with the first presentation of the Chris Pancratz Activist of the Year award.

“The loss of Chris Pancratz robs NSS of a valuable resource—an individual who combined the qualities of understanding and enthusiastically supporting the exploration of space, plus personal energy and organizational drive.” — Hugh Downs, Chairman of the NSS Board of Governors

“It has always been my dream to travel into space. Some years ago, I decided I could not just sit and hope. If I were to have my chance I needed to do whatever I could to help make my dream happen.” — Christopher Pancratz